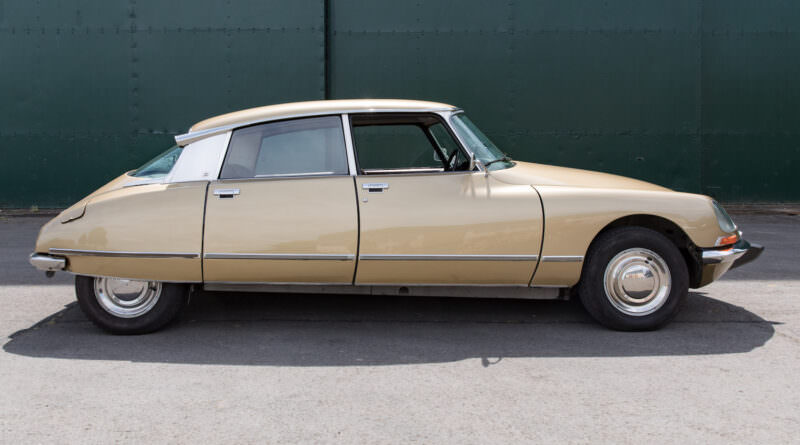 Here’s the thing about the original Citroën DS. It was a wonderful, wonderful car. So beautiful. So comfortable. Advanced. That suspension. That styling. That interior. Roland Barthes, your actual, genuine French philosopher, opined that: “It looked as if it had fallen from the sky….”

The engine was awful, though. Budget hang-ups at Citroën meant that the planned air-cooled flat-six engine (let’s sit back, quietly, and reflect upon that for a moment…) was binned. In the end, the DS used a mildly revised version of the old Light 15 ‘Traction Avant’ 1.9-litre four-banger. Ever after, the DS was an astonishing car in search of an appropriate engine.

The DS is an acceptable candidate for conversion

Which kind of makes it less than the usual heresy when someone comes along and rips out a classic DS’ petrol engine to make way for electric power. Do that to a Ferrari 250 GTO and there will be an angry mob — carefully hand-shaped magnesium pitchforks at the ready — calling by your door. Do the same to the DS, and you’ll merely get an appropriate Gallic shrug.

That’s exactly what Electrogenic has done. Electrogenic is a company formed by Steve Drummond and Ian Newstead, based near Oxford, specialising in converting classics to electric power. The pair have previously electro-converted a Triumph Stag and a Morgan Plus 4.

“Repowering classic cars with all-electric drive brings a number of benefits, from ease of use to reliability and performance gains. But with our conversions, the aim is always to enhance the original characteristics of the car. In this respect, the Citroën DS was ideally suited to an electric conversion – the silent powertrain adds to the serene driving experience and fits perfectly with the character of the car,” said Drummond at the unveiling of this, the DS Electrogenic.

Out goes the old four-banger petrol, and in comes an electric motor called the Hyper9. Now, don’t worry — this is not some daft, maximal-torque Tesla Model S Ludicrous Speed job. The Hyper9 engine has a mere 120hp and 235Nm of torque. Better than the old petrol engine could manage, but not so much that you’re going to excessively trouble 1950s brakes and suspension (actually, this is a 1971 DS, but still…).

Power comes from a 48.5kWh battery, mounted in the engine bay (well, there was all that space left over from the stillborn flat-six, after all…) which gives the DS Electrogenic a range, on one charge, of around 225km. Not a huge amount, perhaps, but not too shabby. There is an optional bigger battery that extends the range to about 300 kilometres, and there’s a 29kW charging system that can top up the standard battery in around two hours.

Now, most importantly, Electrogenic has kept the DS’ legendary hydropneumatic suspension and has developed what it calls “a silent electric pump, which delivers a more sophisticated ride than the original.” The original pump can be pretty noisy, right enough.

From the outside, the only giveaway that the DS is running on electric power is the lack of an exhaust pipe and the subtle little Electronique decal on the boot.

“It seems right to use modern technology to future-proof a car that was so far ahead of its time when it came out in the 1950s. Our conversion breathes new life into the Citroën DS and means that future generations can continue to enjoy its charm for decades to come. As with all first-time conversions, the DS presented us with unique challenges. In this case adapting the hydro-pneumatic suspension to run without the combustion engine. The old pump was so noisy that it detracted from the silent drive of the car, but our new electric pump solved the issue completely. As with every conversion, the DS has added further to our knowledge of converting beautiful classics,” said Ian Newstead.