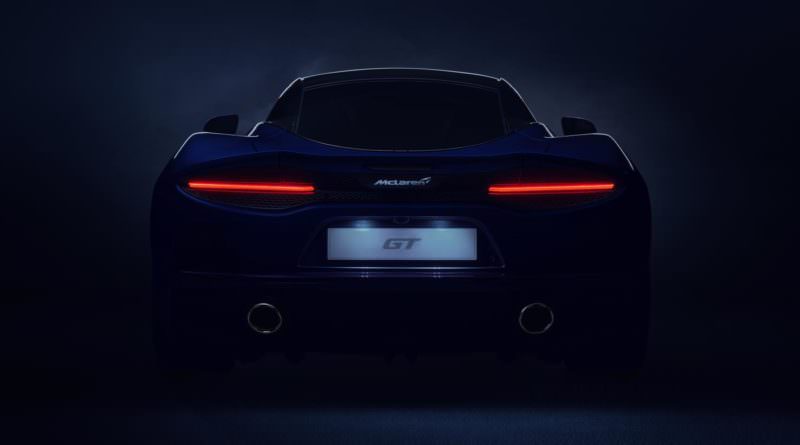 The McLaren GT aims to redefine the Grand Tourer segment.

This latest image is our clearest view yet of the new McLaren GT. The car is due to make its official debut on Wednesday 15 May. It is the fourth new model that McLaren has developed since it launched the McLaren Automotive Track25 business plan.

The car will share some of its DNA with the hyperfast McLaren Speedtail, but its main focus is to create a more comfortable driving experience while still offering supercar performance. We expect it to improve upon what was already demonstrated in the McLaren 570GT, but unlike the new Porsche 911, it sticks with a strict two-seater layout.

It will use a lightweight but super strong carbon tub that is a feature of all the current McLaren cars and will be powered by the company’s turbocharged V8 engine. There’s no exact work on performance figures as yet, but we don’t think it will lack much in that area.

When first introducing the car, McLaren Automotive CEO, Mike Flewitt, said: “The fourth McLaren to be introduced under the Track25 business plan will be our interpretation of the Grand Tourer. It will be a car that combines competition levels of performance with continent-crossing capability, wrapped in a beautiful lightweight body. It’s a car that has been designed for distance and one that will also provide the comfort and space expected of a Grand Tourer. But with a level of agility never experienced before in this segment. In addition, it will be the lightest of Grand Tourers and by also having the best power-to-weight ratio, I promise it will be one of the quickest. In addition, it will be the only Grand Tourer to share its DNA with the 250mph McLaren Speedtail.”

The McLaren GT will make its official debut later this month on 15 May.