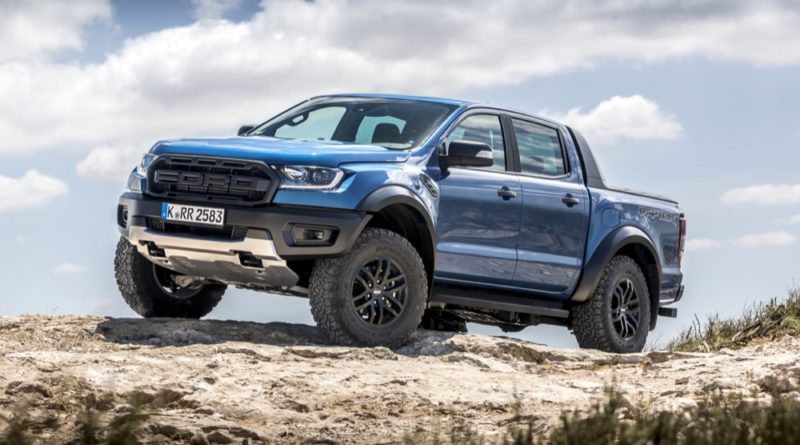 The Ford Ranger Raptor might make no sense whatsoever, but it’s still utterly bloody brilliant, as we found out in the sand dunes of Morocco…

Standing on a remote bit of western Morocco’s coastline, on an uncharacteristically overcast and showery day, the French man with the clipboard and the thick Ford jacket waved for us to come to a stop in a shallow valley amid the dunes. As we rolled to a halt and dropped our vehicle’s window, he leaned in and, in heavily accented English, casually said: “So up ahead we have a Baja section for you. It’s about four kilometres long and you just need to follow the black and white flags. Have the car in Baja mode, 4H for the transmission… and traction control on, please.”

He smiled as he said this, as did we – surreptitiously re-engaging the traction system that we’d had deactivated for the past 15km or so of off-roading anyway. And we were already in Baja mode, because… because… because, well, the vehicle we were driving is brilliant fun in this setting. He waved us off for the start, and as we gunned the throttle and heard the revs flare high as the BF Goodrich off-road tyres churned into the deep sand beneath us, he shouted after us: “DRIVE WITH COMMON SENSE, TOO!”

We’re not ashamed to say we didn’t. In fact, we’re not even sure how that is possible, in the crazy, crazy world of the new Ford Ranger Raptor. This is a truck that seems to thoroughly defy common sense, at every single turn – certainly for anyone living in most of western Europe, at any rate. For a start, it is ferociously expensive to buy, often a good 25 per cent pricier in a given market than the 3.2-litre, five-cylinder Ranger Wildtrak that sits beneath it in the line-up. The Raptor’s less evocative 2.0-litre twin-turbo four-pot diesel might be more powerful than that 3.2, but at rather modest numbers of 213hp and 500Nm, it’s hardly making the 258hp/550Nm V6 likes of the Mercedes X 350 d and Volkswagen Amarok h sweat. And it also emits 233g/km of CO2, which makes it ruinous to tax in markets where tailpipe emissions define annual rates of government levies.

There’s more. Its interior, nice enough though it is, does not befit a car at the Raptor’s price point and is outshone by a number of key rivals, the aforementioned Merc and VeeDub trucks among them. On-road, the Ranger Raptor feels nothing short of disgruntled at having to endure such mundane duties – the 33-inch all-terrain rubber gives the ride quality a fidgety edge and introduces sudden, early-onset understeer into any tarmac-based cornering proceedings. It also adds rolling resistance to a drivetrain that is already struggling to shift 2,510kg of truck, via a ten-speed automatic that – while slick-shifting enough – has about four ratios too many for the power on tap; all this performance lethargy is obvious in the Raptor’s very tame on-paper stats of 0-100km/h in 10.5 sluggardly seconds and a top speed that’s restricted to just 170km/h.

So a slow, expensive, polluting, moderately uncomfortable pick-up that can’t be used as a commercial vehicle because of its meagre payload and which seems only suited to the driest, dustiest equatorial terrain is surely something only the bonkers would buy.

The Raptor demands your attention

The reason the Raptor demands your attention is that the coruscating engineering brilliance which has gone into it, to make it work so well on surfaces you’d think twice about crossing on the back of a camel, is comprehensively impossible to ignore. A reinforced chassis, trick Fox dampers with 30 per cent more suspension travel than the standard Ranger, an uprated rear axle with a Watt’s linkage coilover set-up, 2.3mm-thick high-strength steel bash plates… all of this is designed to let the Raptor tackle the worst landscapes imaginable for a car, and not only to cross them, but to do it at pace. Colossal pace. All while entertaining you right royally in the process.

Thus, the Ranger Raptor roars away from the French chap with the clipboard and commences on four kilometres of driving that may very well be the most enjoyable, thrilling and downright terrific we’ve ever had, in any vehicle, of any size and for any purpose, ever. It slides gracefully and, to a degree, disgracefully, considering what’s underneath its tyres in and amongst these dunes. It dances across scree and gravel and rubble, the ride quality and composure only getting better the faster you dare to go – 80, 90, 100, 110km/h… the Raptor soaks it all up with a disdain that’s both hilarious and breath-taking in equal measure. It launches into jumps with an eagerness that belies its colossal size and mass, and lands them without so much as a graunch or a crash. Truthfully, you can absolutely brutalise the Raptor, straining its four-cylinder drivetrain and reinforced underpinnings as much as you think is feasibly possible, and a bit more besides, and it will still come out the other side – functioning, ready for more. It is quite, quite astonishing.

Motorsport always seems to conjure up images in people’s minds of track machines, things that can compete in F1 or at Le Mans or in a touring car championship. But there’s a whole, wide world of motorsport out there and much of it takes place off-road. And so, the exhilarating Ford Ranger Raptor is about as close as you will get to buying a competition car ‘off-the-peg’. This thing feels like it could be entered into the Baja 1000 or the Safari Rally or the Dakar, without any modifications whatsoever, and actually do quite well in the standings. And what could be more magnificent than a competition car masquerading as a production model, eh?

Unless you live in the Middle East, the western Sahara or on the Baja peninsula itself, the Raptor makes diddly-squat sense whatsoever. Which is why we adore it with every fibre of our being, and urge you to sample its dazzling abilities, even if that means you have to drive thousands of kilometres to your nearest desert once every year, just to give this ferocious Ford a good workout. Trust us, you really will not be disappointed…