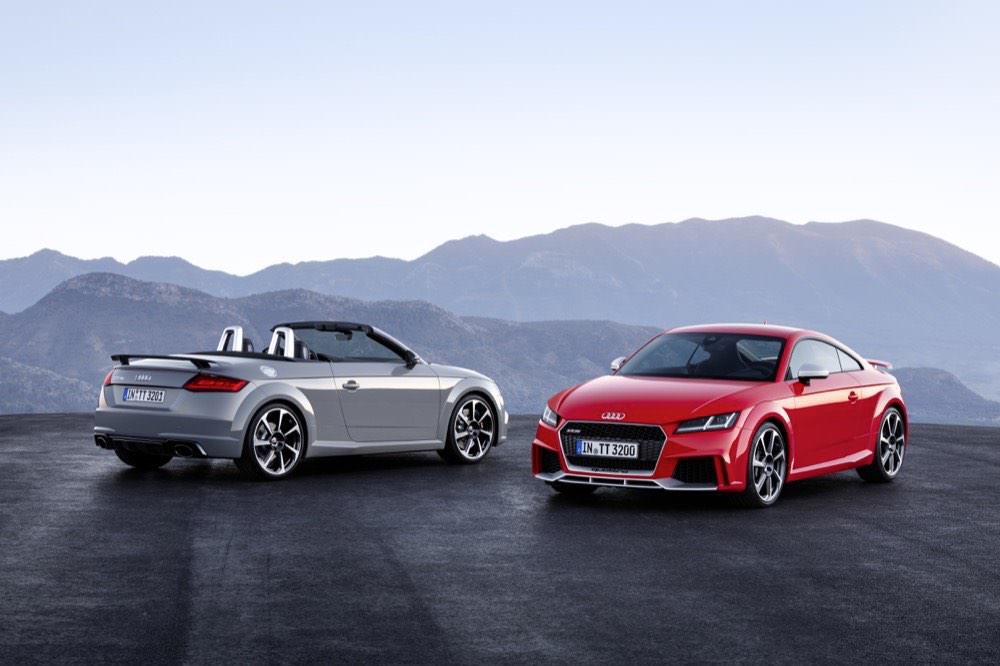 You’re looking at the new Audi TT RS, which the company has debuted at the Beijing Motor Show. Picking up where the 300hp TT S left off, Audi has cranked up the power to make this Coupe and Roadster models seriously hot. 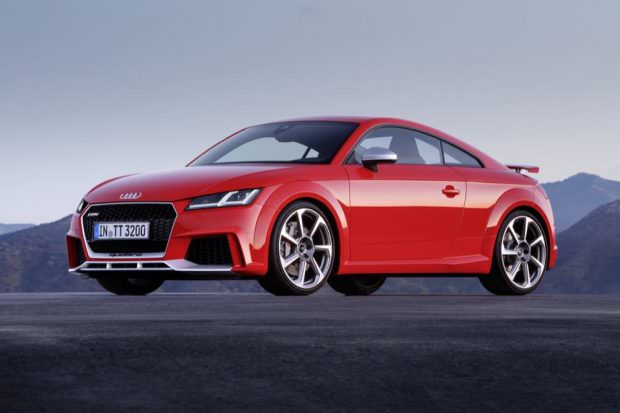 There’s no way of mistaking them for a regular TT either thanks to some rhinoplasty to allow for even larger air intakes. In true RS style there’s a honeycomb grille and the ‘quattro’ logo across the bottom. There’s LED headlights as standard too and if you’re feeling flush you can upgrade these to the Matrix LED units. It will also roll on new 19-inch alloy wheels, which will also be available in 20-inch versions as an option. 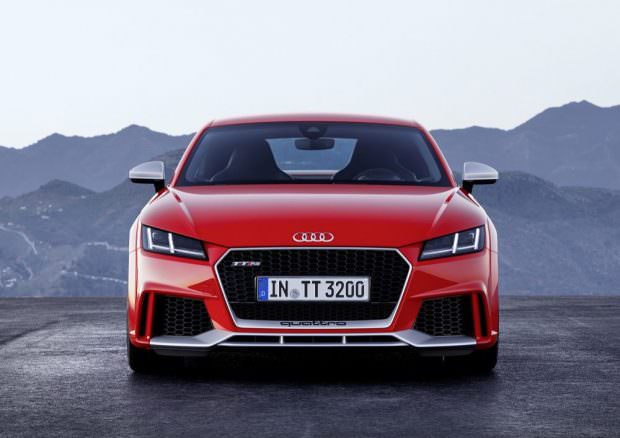 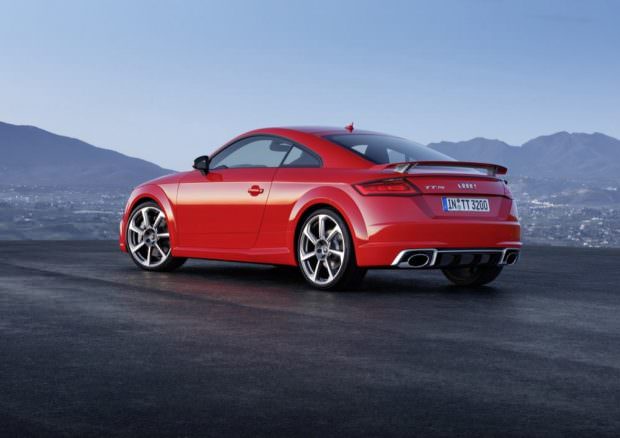 Where the Audi TT RS gets even cooler is at the rear. Like its bigger brother, the Audi R8 V10 plus, there’s a fixed rear wing and two enormous oval exhausts that are sure to sound incredible. One cool option is the upgrade for the rear lights to OLED (Organic Light Emitting Diode) units. These are super thin light units that emit homogenous, high-contrast light and create a very three-dimensional look. Each rear light has four units, the biggest of which has the TT logo and the four Audi rings made into it. The TT RS will be the first production Audi to have this type of light. 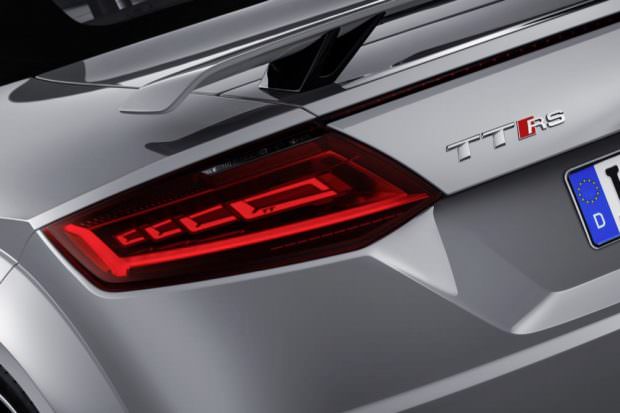 Inside things will be no less cool. In front of the driver is the now familiar Virtual Cockpit display except that this version will get an additional RS screen view that will be more focussed on the rev counter and will show data for g-forces and a shift light. The TT RS also gets the flat-bottomed steering wheel from the R8.

The power is what really matters here though and there’s no lack of it. Boffins in Audi’s RennSport division have tweaked and fettled the 2.5-litre turbocharged five-cylinder engine so that it now kicks out 400hp and 480Nm of torque. Mated to this is a seven-speed S tronic all-wheel drive transmission.