The team to be fielded by Bentley Motorsport at the 2015 season-opener has been announced. Kicking off on February 6th, the Liqui-Moly Bathurst 12 Hour will be contested by a two car entry from Bentley which will be piloted by four of the Bentley Boys – Guy Smith, Steven Kane, Andy Soucek and Maximillian Buhk – along with two Silver-rated drivers in Matt Bell and Harold Primate, as per the regulations. In this series each car must feature a combination of both professional and amateur drivers.

Commenting on the announcement, Bentley’s Director of Motorsport, Brian Gush, said; “The whole team is full of anxious excitement about the start of the season. Opening the schedule at Bathurst is certainly a daunting challenge, but our preparation over the winter has been thorough and the cars and drivers are ready. The Continental GT3 can do well at Mount Panorama, and if we can set the car up effectively then we should be able to have a good race. The Bathurst 12 Hour is becoming one of the great endurance races in the world and I’m delighted that we’re going to compete there for the first time.” 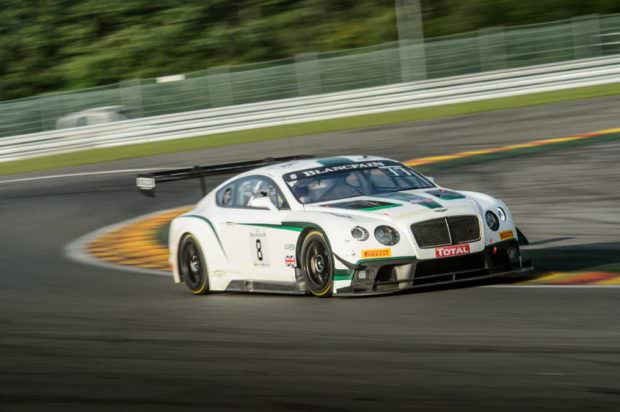 The #10 Continental GT3 will be piloted by Guy Smith and Steven Kane with Matt Bell bringing some added experience. Bell has previously raced with Northern Irish driver Steven Kane in the 2013 Blancpain Endurance Season. Kane added; “Bathurst is a really exciting new challenge both for the car and for us as drivers. You have to be incredibly precise over the top of the mountain, but the Bentley is so poised that we should be able to attack. I’m also really looking forward to racing with Matt again and I think we stand a good chance of a strong finish.” Soucek and Buhk will be joined by Harold Primat in the #11 car.

The first practice session for the Liqui-Moly Bathurst 12 Hour Race kicks off on Friday February 6th, with both qualifying sessions taking place on the Saturday and the race on Sunday.