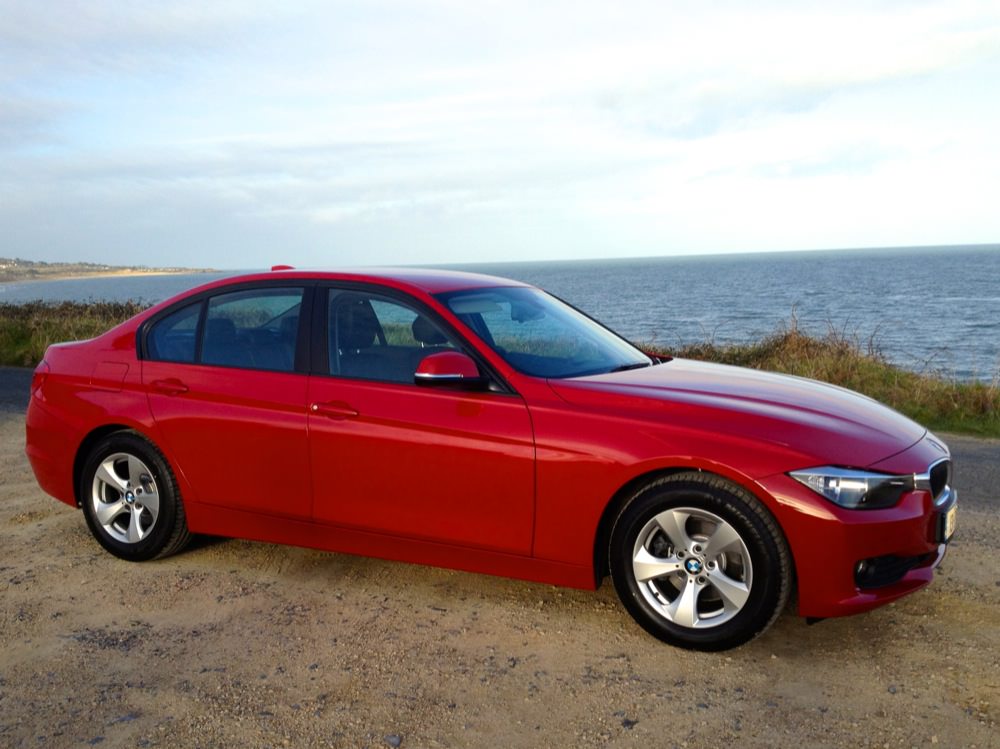 There is now more emphasis on environmental-friendliness and fuel efficiency than ever before in the automotive world. Manufacturers keep pushing the boundaries in terms of how frugal their cars can be and long-standing proponents of this philosophy has been BMW. The German brand has been pushing its ‘Efficient Dynamics’ concept for a number of years and I now drive one of its latest examples in the form of the BMW 320d ED.

The ED, in case you were wondering, stands for Efficient Dynamics, and in this case means more than simply having Stop-Start engine technology. The front and rear bumpers are designed to help improve airflow while the underside has also been streamlined. The 16-inch alloy wheels don’t quite fill the wheel arches as well as the 17-inch rims seen on the rest of the 3 Series range but the eco-friendly tyres promise a 15% reduction in rolling resistance which improves fuel economy while the slightly taller sidewalls add to a more comfortable ride. 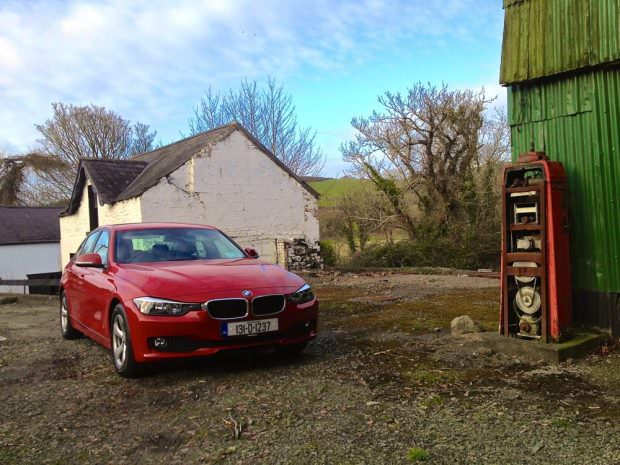 Inside there is now a new item of technology is the Drive Performance Control. This has three different settings – Sport, Comfort and ECO PRO – all of which give the car a slightly different characteristic. The ECO PRO mode is particularly impressive as it switches the air conditioning, heated seats to their most efficient setting while adding artificial resistance to the throttle resulting in more fuel efficient driving and makes it the only 3 Series in the range to fall into lower A3 road tax band. The rest of the controls, as with most BMW’s are orientated around the driver while the look and, more importantly, feel of the controls are what one would expect from the premium German brand. 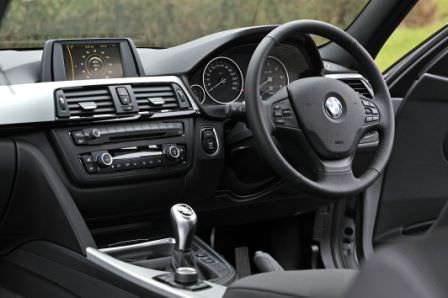 “On the road the BMW still manages to retain ‘that’ traditional BMW feel that exists in all their good cars.”

As for the rest of the car, it has grown slightly over the last model, wheelbase in particular has increased by 50mm which is noticeable when sitting in the rear seats where there is more than sufficient legroom for a car of its class. Boot space is a pretty decent 480 litres while the actual boot opening is quite big so getting larger items in is an easy enough task. 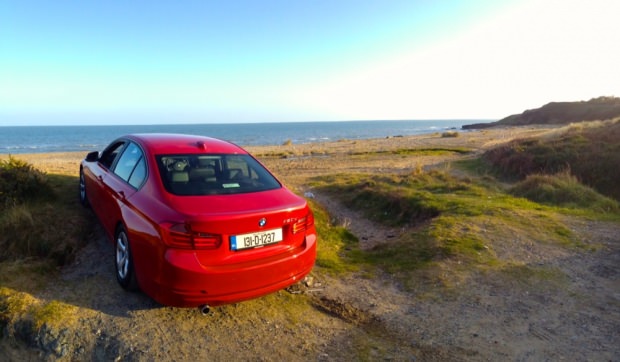 “The ECO PRO mode is particularly impressive…and makes it the only 3 Series in the range to fall into lower A3 road tax band.”

On the road the BMW still manages to retain ‘that’ traditional BMW feel that exists in all their good cars. The electromechanical steering is nicely weighted and gives you and good connection with what the front wheels are doing. The front-engine rear-wheel drive format still feels good even in this relatively un-sporty version and on the road it has that weighted, solid feel. The 163hp motor pulls well and the gearbox is pretty well geared with just a short throw between changes. 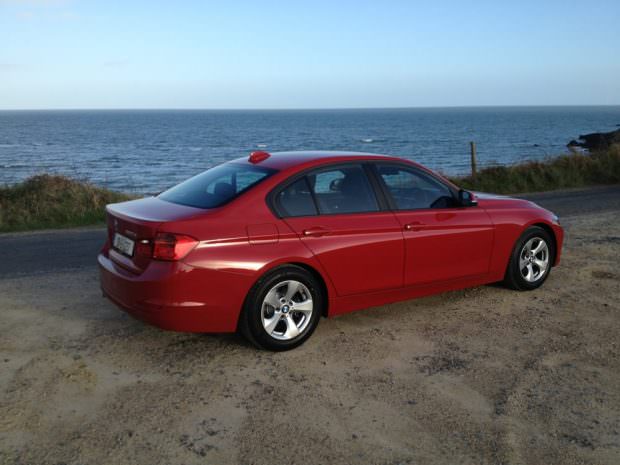 At the heart of the 320d ED is efficiency – over the course of a week’s driving I managed to get 5.2l/100km which I must admit did include quite a lot of city driving which would normally decrease fuel economy. On longer runs the short-term trip computer did show a 1.0l/100km improvement and gives a better indication of how it might fare out over a longer period of time. The car itself is a bit more expensive than some of the smaller-engined 3 Series that are on offer but, given the higher fuel efficiency, should work out to be a more economical car to run long-term.