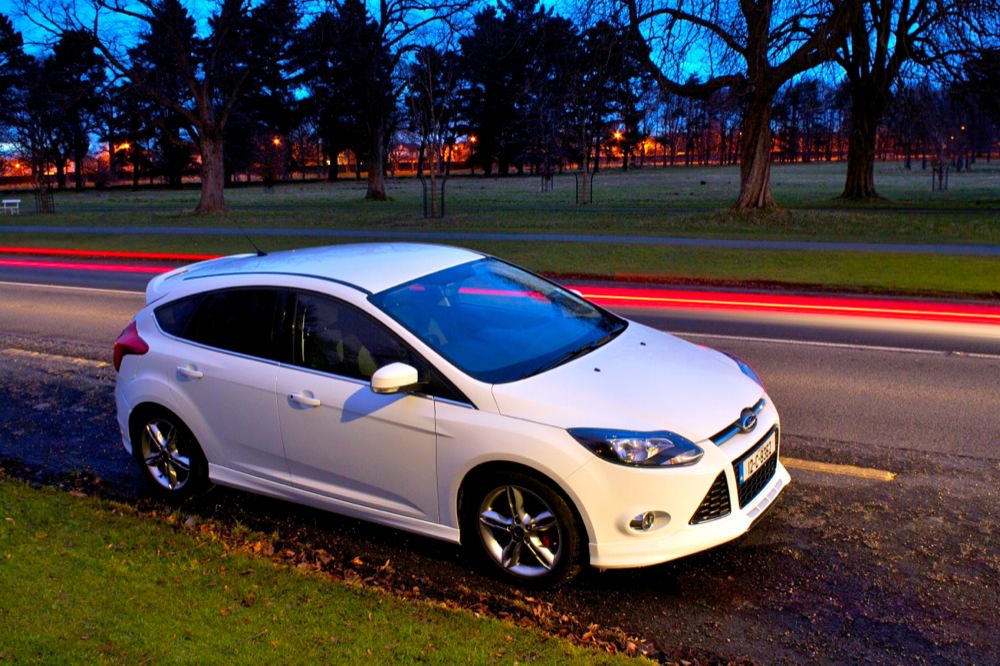 Had you walked into a Ford dealership a few years ago looking to order a Focus Zetec with a diesel engine the salesperson would have undoubtedly given you a peculiar look. Nowadays more than three quarters of all cars sold in Ireland are diesels and so now the concept of a sporty diesel Focus Zetec starts to make an appearance on more people’s radar.

Ford have changed their approach slightly with the new Focus, no longer making it in a three door form instead pushing its five door to being a ‘world car’. Aesthetically it remains quite recognisable as a Focus and in this Zetec S form that extends to a sporty rear spoiler, a more aggressive looking front bumper, side skirts and an RS-like rear diffuser. The 17 inch split-spoke alloy wheels do look a little small in the wheel arches, a set of 18’s or even 19 inch wheels would really finish the car off nicely. 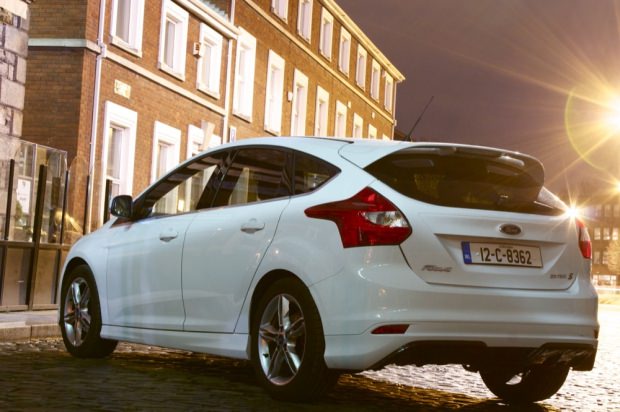 “Even with some harder driving the Ford engine remains economical”

On the inside the it is a familiar story to all of the current crop of Fords. The dashboard is a busy affair but after a couple of days soon becomes familiar and rather intuitive while the view of the dials through the multi-function steering wheel is unobstructed. Unlike some of its rivals, Ford has stuck with a conventional handbrake which is neatly packaged in beside the driver. One feature that I didn’t like was the heated windscreen, which although is no doubt very practical in the winter months, does slightly distort oncoming traffic lights at night, which might be only a small niggle but was something that began to annoy me. 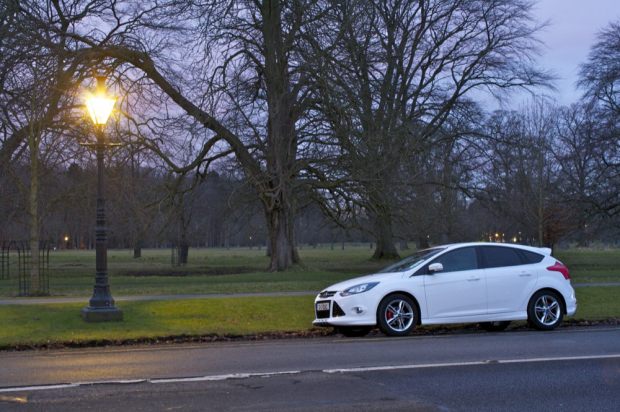 The 95hp 1.6 litre TDCi engine is actually quite a nice motor, offering decent levels of torque and performance. It does tend to be a little big agricultural when pulling away first thing in the morning, but once up and running likes being let run on in second and third gears to give the Zetec S some decent performance. Even with some harder driving the Ford engine remains economical and for those that like their driving but do a lot of mileage this will make total sense. 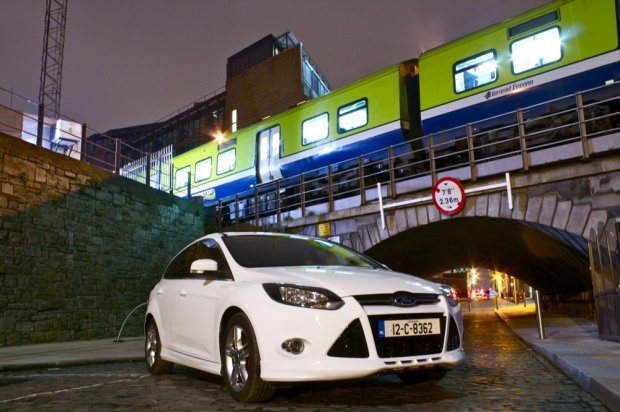 “it remains quite recognisable as a Focus and in this Zetec S form that extends to a sporty rear spoiler, a more aggressive looking front bumper, side skirts and an RS-like rear diffuser.”

Handling wise the Focus is a car that Ford really have tried to make for everyone and so the steering is pretty neutral. It is up to the job when you push the Focus on a little harder. The suspension is still set up a little soft which makes the Focus that bit more conformable than a more full on version like the Focus ST. 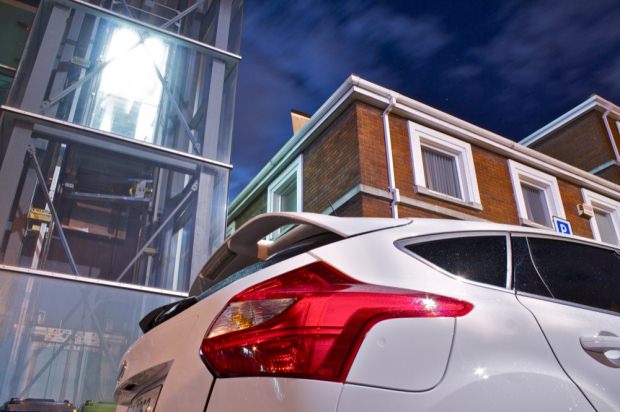 As long as the buying public remain convinced that buying diesel is the seemingly the only way to go then this diesel Zetec S Focus will keep the buyer who wants a sportier number quite happy. Stylish touches like the red painted brake calipers and rear privacy glass do add to making the Focus a good looking car, especially in the Frozen White.