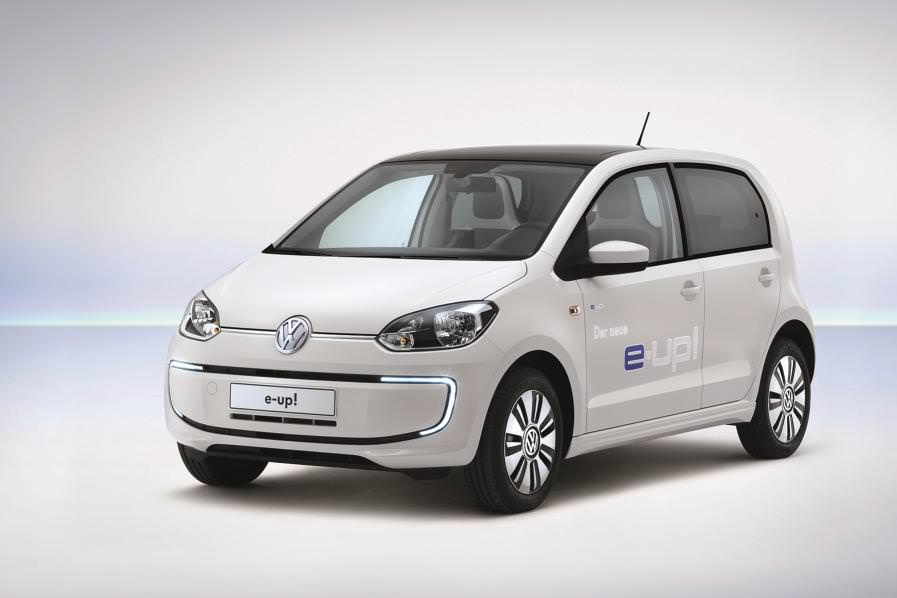 Volkswagen is electrifying their smallest car and are going to launch it early next year as the e-up!. The small four-seater city car will be powered by a 60kW (80bhp) electric motor which will be mated onto an automatic gearbox. Batteries housed in the floor of the car will enable the e-up! to cover a range of 150kms while a quick charge feature will allow it to be re-charged up to 80 percent capacity in just 30 minutes.

The e-up! is slightly heavier than the standard car, but its 1,185kg weight is offset by the floor-mounted batteries which help to lower the car’s centre of gravity. In the performance stakes, the e-up! arrives at 100km/h in 14 seconds and its top speed is 135km/h, which might not seem very high but this is a city car remember. The big advantage of being electric is that all of that 210Nm of torque is available immediately, which given the size of the car should make it feel nippier than the numbers on paper might suggest. 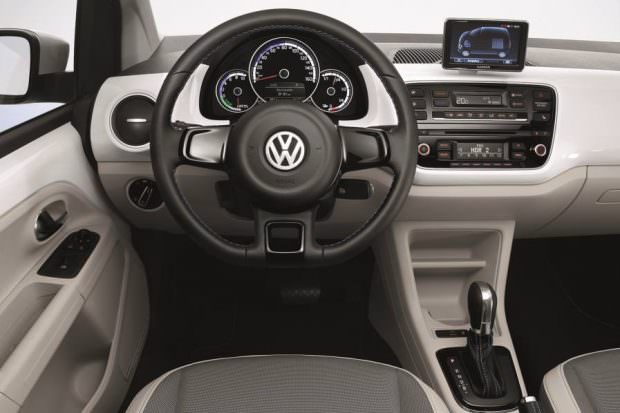 The port for charging the battery in the e-up! is hidden behind the “fuel door”. As an option, the Combined Charging System (CCS) is used, which has been standardised by Volkswagen and other carmakers. It supports both DC and AC charging, so that drivers can easily charge their cars at most charging stations – regardless of the power sources or charging rates that they offer.

Inside the e-up! gets light grey seat covers with some cool blue stitching along the seams. Leather chrome accents are also present inside which help give the electric VW an upmarket feel. There are no current indications of price for the e-up! but these are expected to be confirmed later in the year.