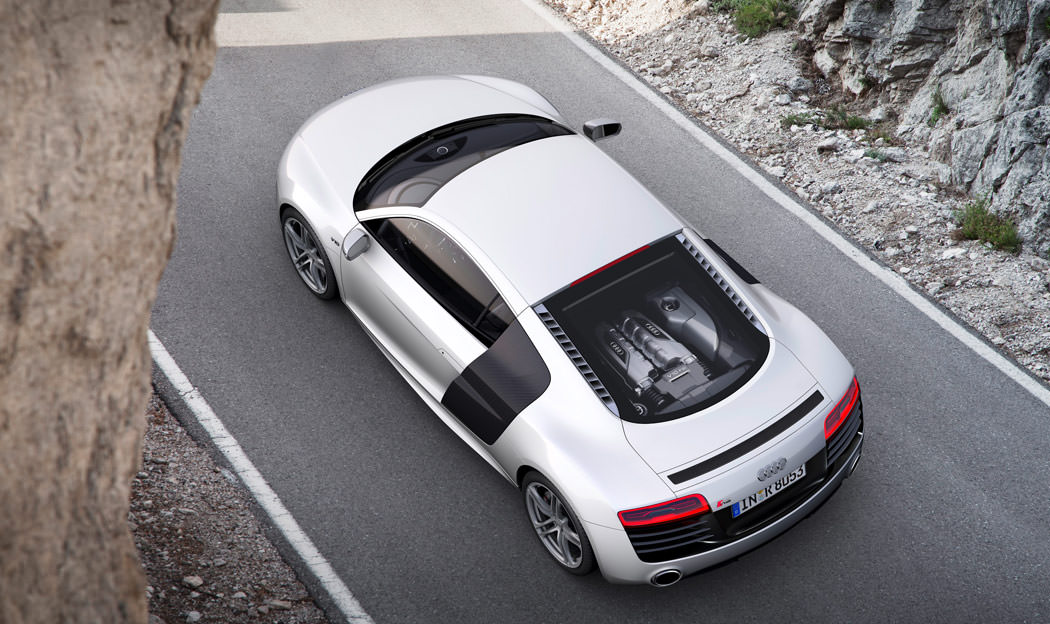 Audi have updated their R8 sports car range for 2013 with tweaks to both the aesthetics and also the performance end of things. Let’s be honest, the R8 was already pretty good looking to begin with but that didn’t stop Audi engineers giving it a few changes for this year which include LED headlights which have become a standard feature. These feature a strip of daytime running lights that surround the LED low and high beam lights. Not only are these lighter, they also last longer than traditional bulbs and consume less power. The rear lights include a very neat feature whereby the LEDs also act as the indicator and run a strip of light from the inside out in the direction in which the driver is indicating.

In the performance department changes have also been made to the gearbox setup. It is still possible to get a manual version but the R-Tronic automatic transmission has now been replaced with the twin-clutch S-Tronic transmission which shortens shift time and gives a smoother up and down gear change. In the case of the 4.2 litre V8 engine it allows it to reach 100 km/h in 4.3 seconds while in the 5.2 litre V10 the same sprint takes just 3.6 seconds – 0.2 seconds faster than the manual. 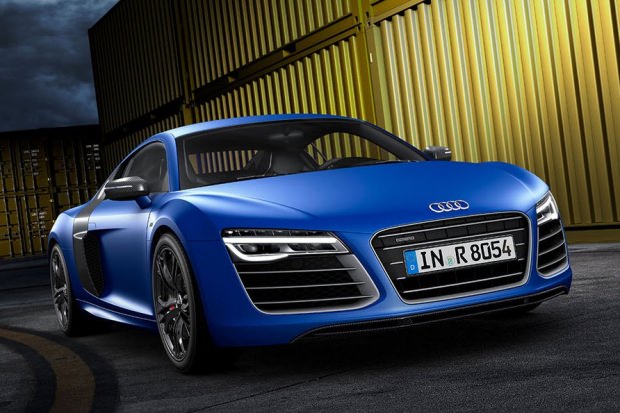