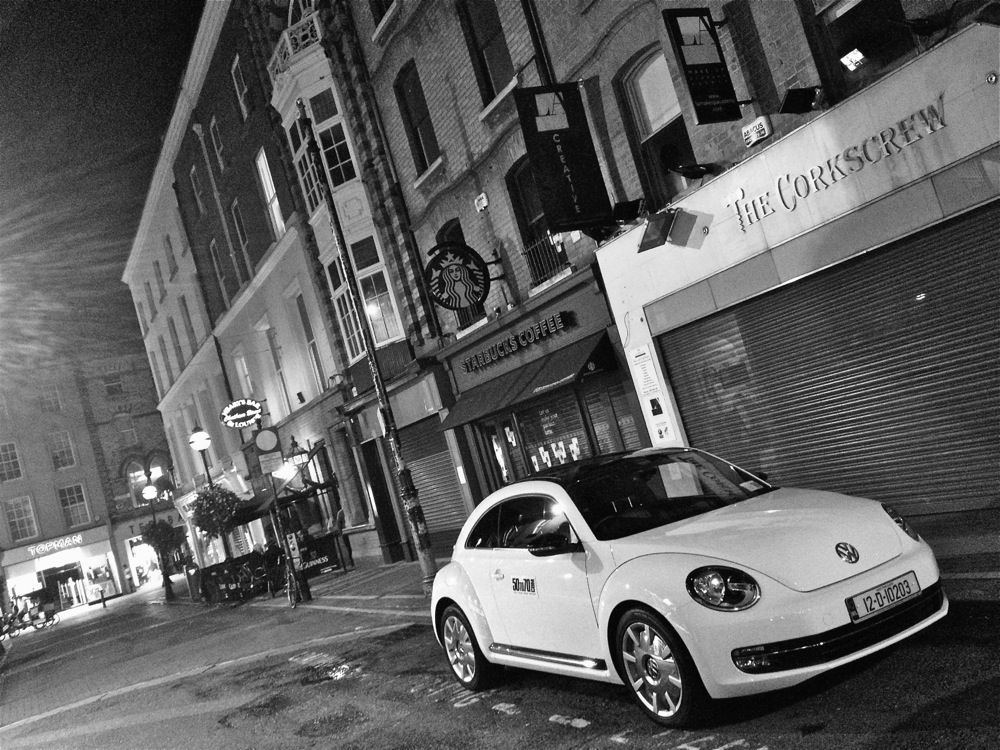 I am going to begin this review by telling you two facts that your may not know but hopefully will remember for years to come. You may in fact thank me in years to come when questions based on these come up as some random pub quiz question.

2: The original Volkswagen Beetle was, for a period of time, assembled in Dublin, Ireland.

Mad, I know. As kangaroos aren’t my specialist subject let me move on to something more closely related to the second fact – the new Volkswagen Beetle. Without being all pedantic, lets call this the third generation Beetle although VW’s marketing people prefer to call it ‘The 21st Century Beetle’. 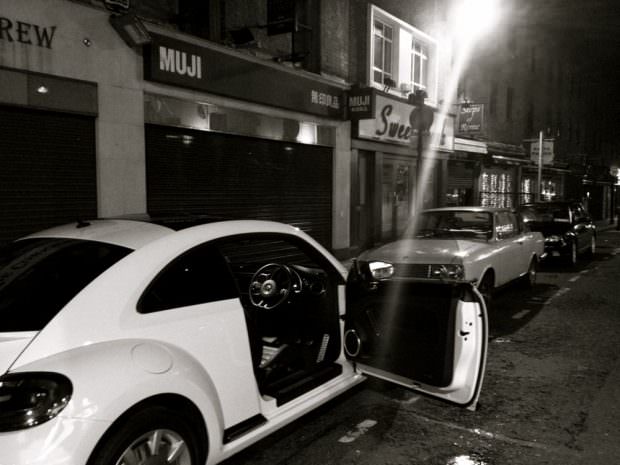 So what is it that makes this a 21st Century Beetle? Styling for starters has been brought bang up to date and thankfully this new model appears to be a much more masculine design than its last incarnation. It may be less circular, less symmetrical, but thanks to its low flat roof it almost has a hot rod look to it. I cannot fault a single angle on the exterior design – its the best blend of retro modern I’ve seen from any manufacturer.

Opening those pillar-less doors and sliding in to those Vienna leather heated seats you are greeted by a near vertical dash while is very reminiscent of the ‘old’ Beetle. Personally, I’m really glad that VW didn’t just try to shove a Golf interior into this body but instead have put some proper effort in to make this feel a bit more unique. Gone is the flower vase that lived in the previous model, but in are some lovely features like an albeit tiny in-dash glovebox that is literally just big enough for a pair of gloves but either way it remains a really nice touch. Even the mechanism for opening it feels a tad retro and in case you were wondering, yes there is a full size glovebox situated underneath this one.

“I cannot fault a single angle on the exterior design – its the best blend of retro modern I’ve seen from any manufacturer.” 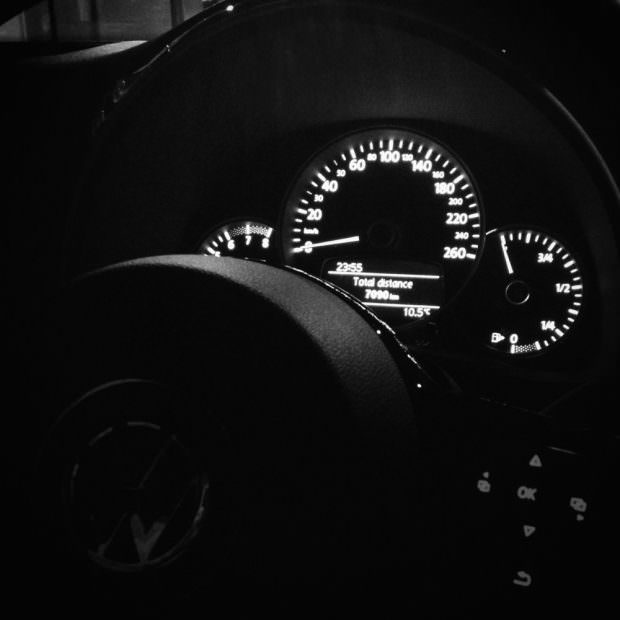 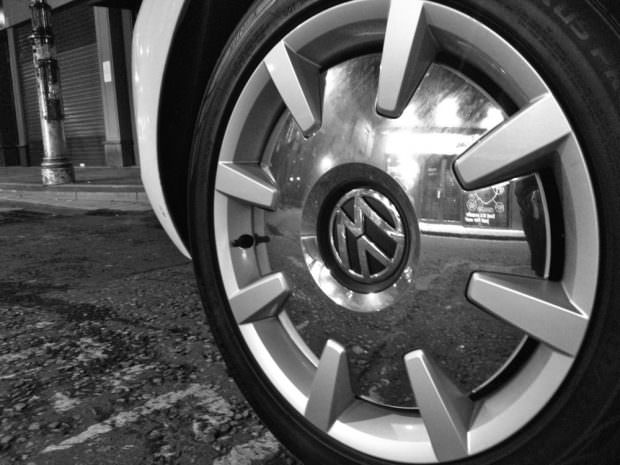 The steeply angled windscreen offers good visibility though you do get the sensation of sitting quite close to it. Rearward visibility isn’t one of the Beetle’s strong points and given its relatively large footprint a bit of care is needed when getting it into tighter spots. It would also be a crime to kerb those incredibly cool 18″ ‘Disc’ wheels which look absolutely superb. Other design features of note include the rear spoiler and panoramic sunroof, which does give a slightly airier feel to what could be an otherwise dark and cramped feeling cabin.

“Entertainment comes in the form of a Fender branded sound system…” 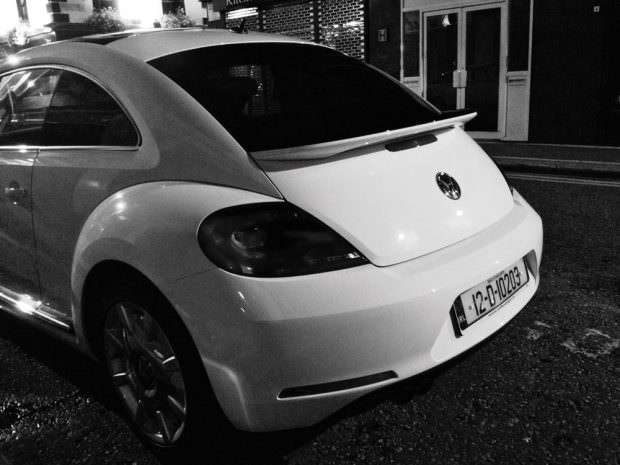 Seating in the rear of the Beetle is strictly a just for two affair and legroom is a little disappointing which does blot the VW’s copybook from a family car point of view. Personally I see the Golf being a far more logical choice for families and the Beetle being more a choice for the more image conscious professionals. Entertainment comes in the form of a Fender branded sound system complete with in-boot sub-woofer. To be fair, the sound quality is very good out of it, but may not be high on the priority list for the less audio fussy.

Under that front bonnet was a 1.4 TSI petrol engine which produces a modest 160bhp though does fall into Tax Band C (€330) due to its emissions of 153g/km. When driven economically it can be fairly frugal on petrol once again proving that diesel shouldn’t be the sole option on people’s shopping list, especially if you aren’t a high mileage user.

“every time I came outside to get into it I just fell in love all over again and immediately forgave it for its faults.”

Cruising in the Beetle at motorways speeds a is pretty calm drive – the suspension is well dampened on good roads although I think some may find the suspension a little on the firm side. Poorly surfaced roads do exaggerate this more. On the plus side wind and road noise are kept to a minimum. The steering is very well weighted both at speed as well as around town and overall gives quite good feedback as to what the front end is doing meaning that you can push things on a little bit if you want to.

So is the new Beetle justifiably a 21st century Beetle? Well, overall I have to say yes. There were a few gripes I’ll admit, but every time I came outside to get into it I just fell in love all over again and immediately forgave it for its faults. The Beetle is a car that you will want to own, not one that you may end up owning after a logical and considered process. But I think that’s part of the beauty with it. I know it’s not perfect but it’s a car that I’d be proud to own.