There are companies that work tirelessly to become cool, endeavoring to earn that retro status and then there are companies that simply have it in their blood. Morgan Motor Cars are one such company. Based in Malvern, the small car company founded by Henry Frederick Stanley Morgan still continue to hand fashion cars from their original red bricked workshops using many of the same techniques and skills that have been handed down over the years. 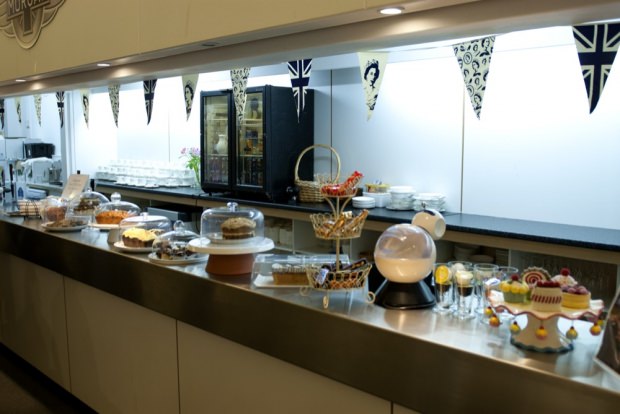 To walk around their factory is an very sensory experience. This is not like most sterile, clean and automated car factories. It is a place where the smell of freshly cut ash frames are met by the resonating sound of aluminium panels being hand beaten into shape. Large industrial tools like English Wheels and presses appear to be older than many of the staff members operating them. 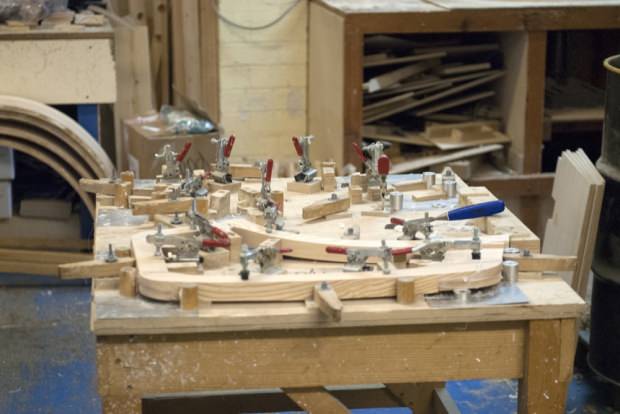 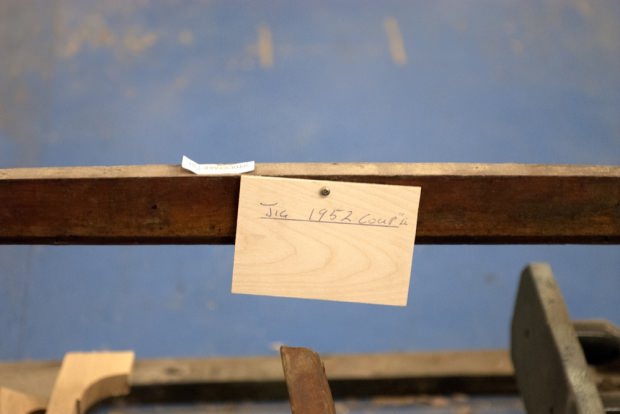 The Morgan car of today starts out with an frame made from Ash wood. Contrary to popular belief, it is only the frame on a Morgan that is constructed from wood, none of the chassis is. The frame is all cut and assembled by hand and once finished goes onto the next stage.

“Large industrial tools like English Wheels and presses appear to be older than many of the staff members operating them.” 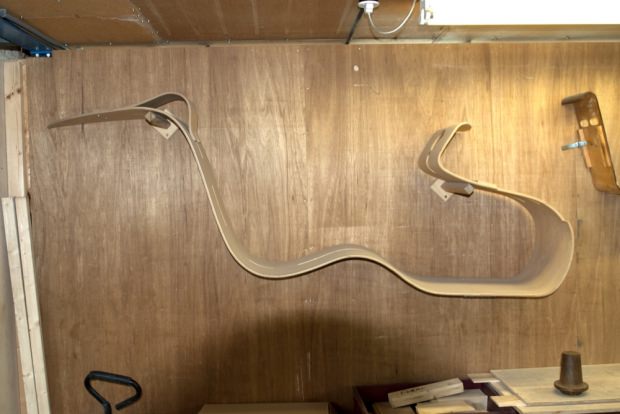 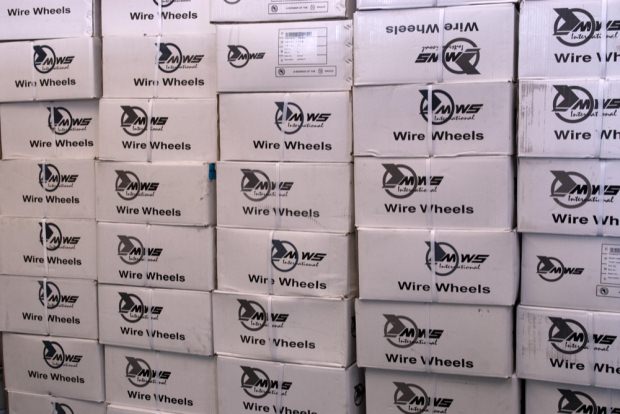 Aluminium panels are cut from huge sheets by hand and then carefully bent and formed into shape before being fitted onto the frame. This is probably the loudest part of the factory which is normally a relatively calm and quiet working environment. One of the most impressive things about seeing all these tasks being completed by hand is that much of it is all done just by eye. Panels are lined up and shut lines are tweaked all by the human eye, there are no robots and lasers here. 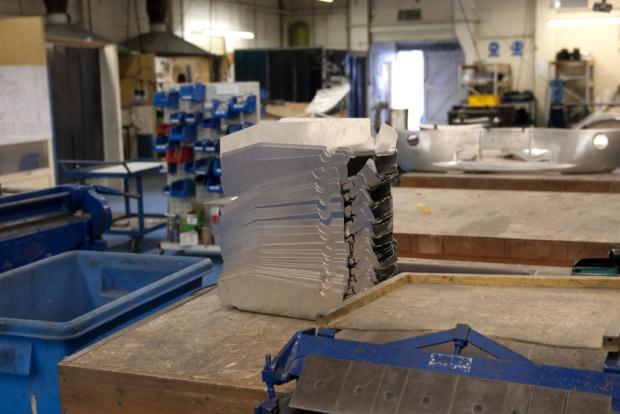 The next stage is to mate this onto the rolling chassis with contains the engine and transmission. In this area we see large metal crates than contain a varying degree of engines from in-line four cylinder 1,600cc Ford engines right up to 4.8 litre BMW V8’s. Its fascinating to see this whole process, which is normal lightning quick in a modern factory, develop before your eyes and have enough time to see every single step along the way.

“Panels are lined up and shut lines are tweaked all by the human eye, there are no robots and lasers here.”

The other interesting thing to observe about the production process is that only the 3 Wheeler is assembled in a separate part of the factory, everything else is all done by the same people, meaning that each worker must be experienced in hand crafting all aspects of the different models currently made by Morgan.

Once the vehicle is mechanically assembled it is then readied for paint and upholstery. This means that the freshly built vehicle must now be stripped apart for it to be painted whatever colour was desired by its awaiting owner. Morgan say they can offer you a very wide range of colours but if needs be they can create any colour that you so wish. In one such case a customer demanded a very exact shade of red using a very specific paint which cost over £1,000 per litre. Their car needed six litres of paint in total. Paint Booth makes this easier and manageable. It may sound excessive but if you really want it Morgan can deliver. 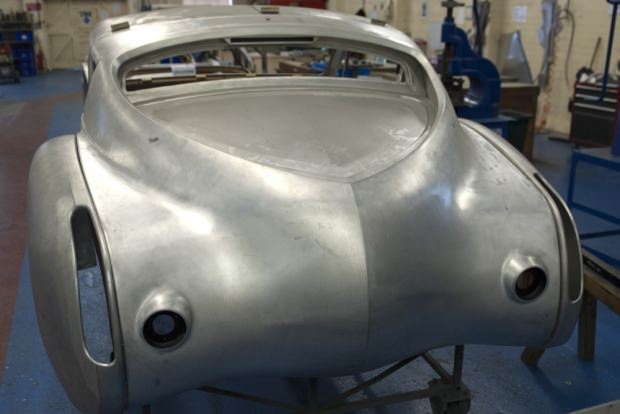 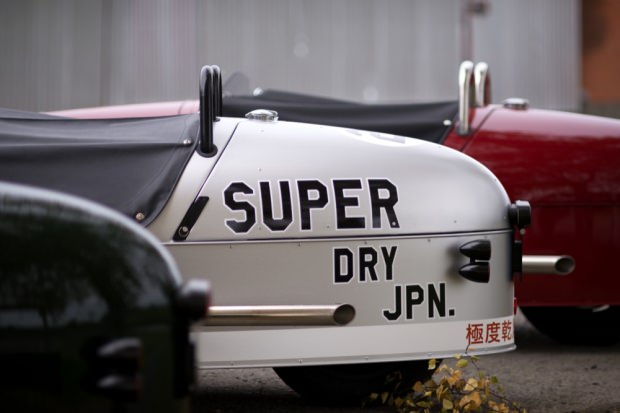 Once this final stage of construction is completed the vehicle then gets a short but thorough road test before going into its final checkover where the car is fully cleaned and detailed to ensure the car meets Morgan’s very high standards. Across several highly illuminated bays are teams ensuring that each car is forensically cleaned before being dispatched to its patiently waiting owner. 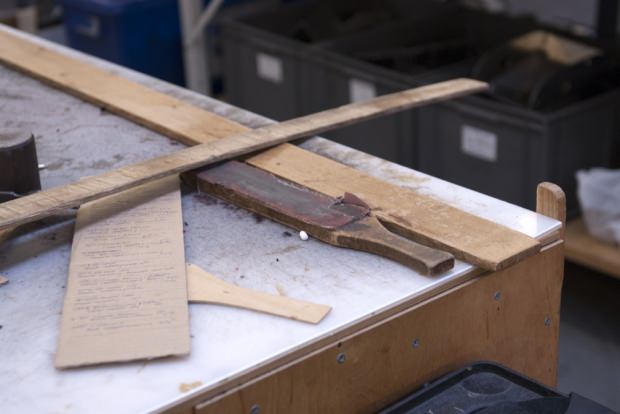 After seeing just how the whole process happens I then sat down to talk to the men that are now shaping Morgan – Matt Humphries, Chief Designer & Jon Wells, Senior Designer. The surprisingly youthful design team do face a bit of a challenge as in more recent times Morgan Cars has appeared to be at a crossroads of sorts. It is now producing some very exciting new vehicles, like the 3 Wheeler and Supersports, but at the same time it has a huge amount of heritage and customers who still are very much in love with the more traditional design. 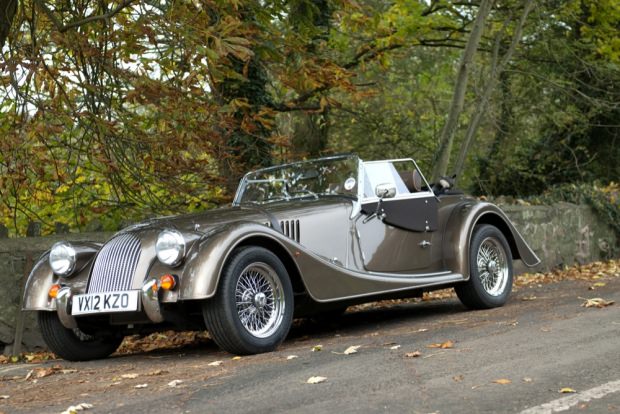 It is clear that the team understand the importance of not alienating their existing customers but also realise the need to evolve the brand and diversify into new and more modern areas. Their range has now grown and although just one model (the 3 Wheeler) is sold into the US, they are building on success in more and more countries. When I asked them whether they found that they had several different ‘types’ of customers for their different models I was surprised to hear that each model tends to lead to their customers moving onto other models in time. The usual Plus 4 customer is initially drawn to the traditional craftsmanship qualities demonstrated with the car but they then get a taste for other models like the Supersports, which in itself can attract a very different type of owner.  And so over time it can be quite common for some owners to go through the whole model cycle and experience each aspect of the brand. 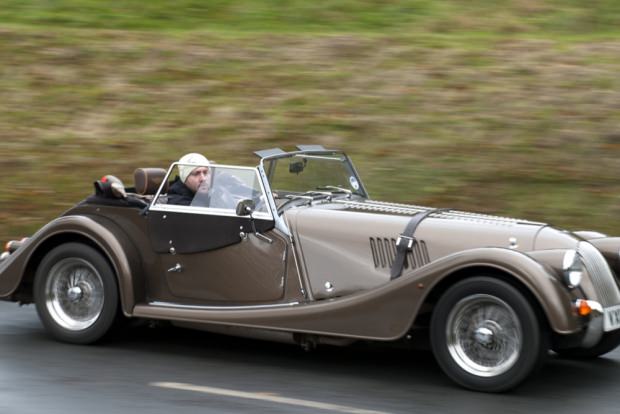 Being around all the different models on offer I can see the appeal of each car in its own right and would certainly need to have room for more than one in my garage should those winning numbers ever come up. It’s hard not to like what Morgan Cars are doing. They still retain so much tradition yet are also pushing things forward, particularly in the construction and materials end of things. For me the lasting memory will be walking outside of those redbrick factory walls and seeing a gleaming new Morgan car, knowing that it had just been created from scratch inside the most un-factory-like car factory I’ve ever been to.