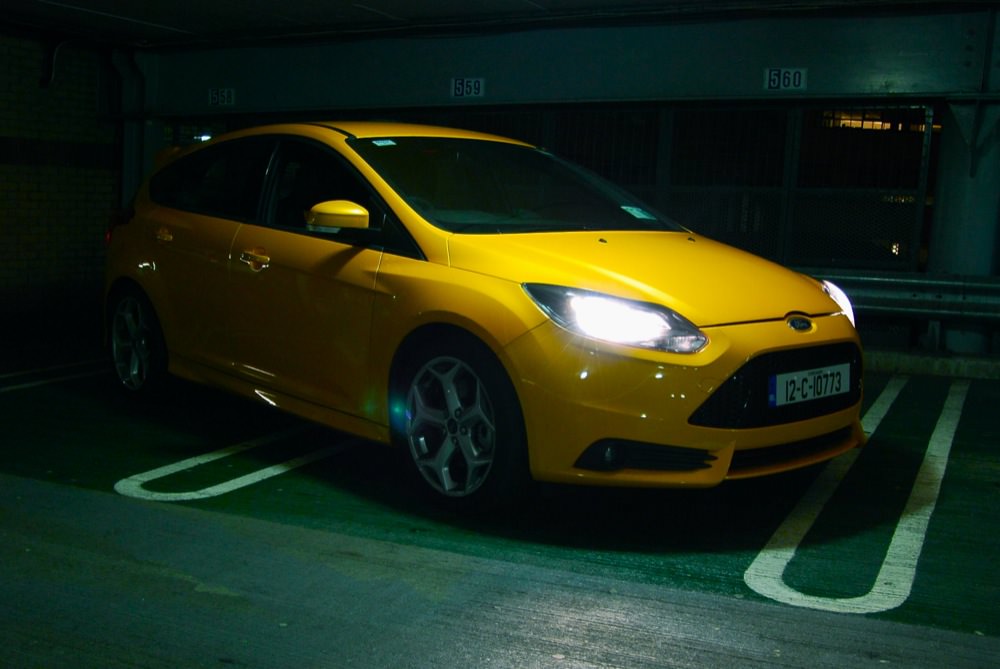 The hot hatch market is growing considerably as more and more manufacturers seek to take a slice of the pie. The segment has seen a lot of new challengers vying to take the title but some of the more established characters aren’t giving it up that easily. Once such car is the Ford Focus ST.

That hot hatch game has evolved a lot on two fronts over the years. Now you are simply nobody if you aren’t producing something with well over 200bhp and that in turn pushes the envelope of front wheel drive capabilities ever further. The second front is emissions because nowadays most governments have instigated some form of tax depending on how much nasty stuff is coming out from the exhaust pipes, and combined with the buying public’s slightly more limited pockets, these mad machines must now also carry some degree of green cred as well as street cred. 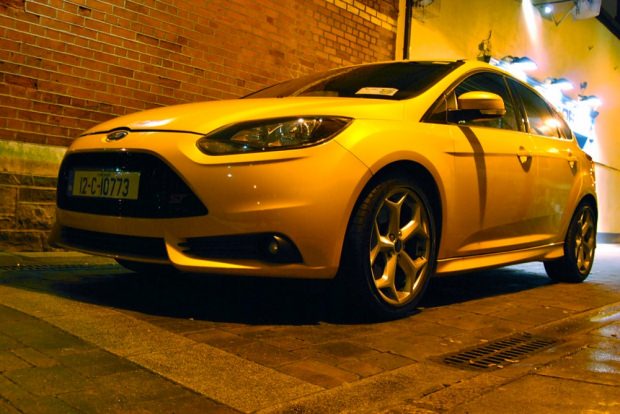 So what have Ford done with their latest ST? For starters they have dropped that much loved five cylinder engine and replaced it with a turbocharged four pot which develops 247 bhp. Also gone is that clever RevoKnuckle suspension that was in the old Focus RS. Instead the ST now relies on torque vectoring to help transmit that power down to the road which works by using the traction control software to effectively mimic the effect of having a limited slip differential by slightly braking a spinning wheel to allow the power to gain more grip. 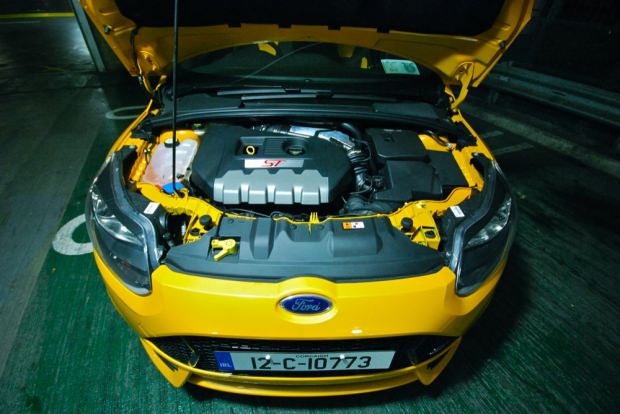 But let’s get back to that engine for a moment. Ford have actually done a really good job with the new EcoBoost engine which isn’t lacking anything in the aural department – something I feared might happen with the move away from that five pot. The turbo really starts to get the power going from little over 1500 rpm and revs freely right up to 6,000 rpm, all while producing a rather addictive engine note. Ford claim that the fuel economy of the new engine has risen to (a claimed) 39.2 mpg however my enthusiasm with the ST didn’t see the figure reached. 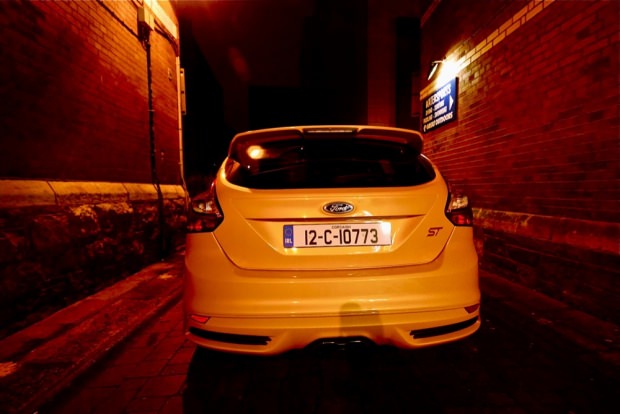 Handling wise the ST remains a really fun car to drive especially through the twisty stuff. Feedback through the steering is positive and gives the driver a good sense of what the front end is doing. Push the ST that bit harder and you will experience some understeer but it’s never too much to cause alarm. Even with the stability systems in place the Ford does allow a little bit of sliding around before it will intervene, switch those systems off and the ST then becomes a lot more lively. 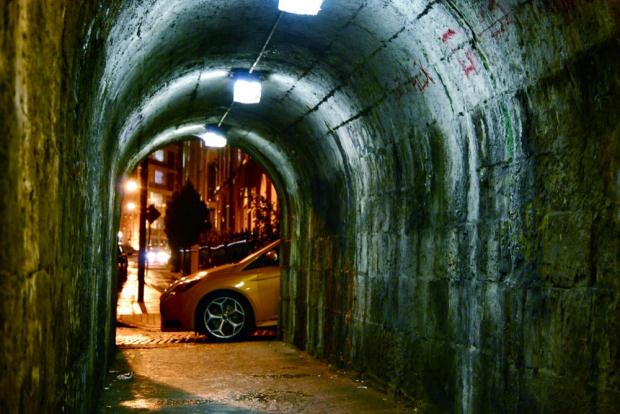 With Ford only now making the Focus in five door there will be the option of an estate version to make up for the lack of a three door. In keeping with the ST tradition, subtle colours are not usually the first choice, and my test car came in the rather bright ‘Tangerine Scream’ though in truth it appears more yellow than orange. That said Ford’s styling of the new ST is actually rather nice. It has all the right bits in all the right places as well as some lovely touches like the centrally mounted exhaust system. 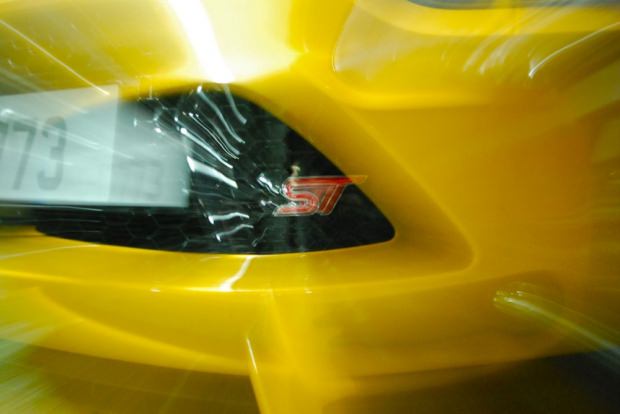 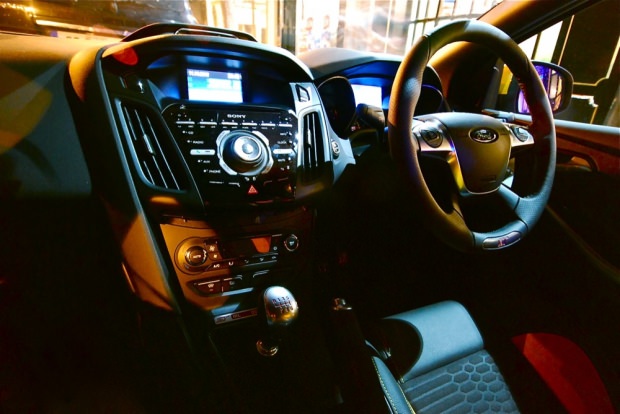 The interior retains much of what you will find in a standard Focus with just a few additional touches like the individually numbered build plate on the centre console which adds a hint of special. The optional branded sports seats certainly do help hold you in place and as comfortable as they are for me, people of a larger frame may wish to try them out first before ordering. 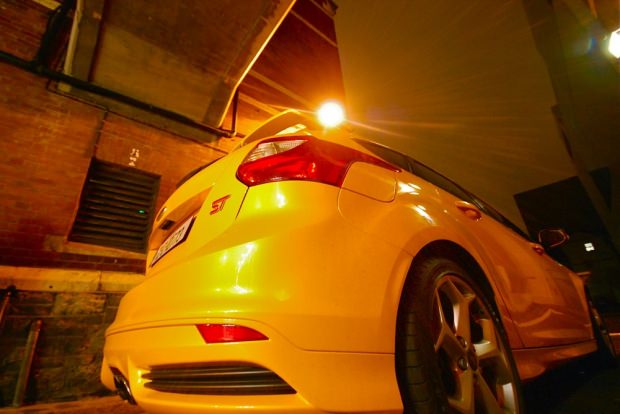 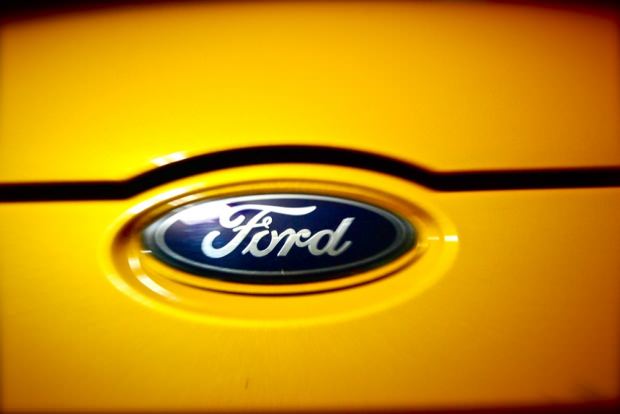 So the good news is that despite a raft of changes to the new ST, it still retains a lot of the charm and excitement possessed by its predecessor but with some added refinement. The additional choice of an estate version now drives another nail into the coffin of impracticality too. Listen carefully and you will be able to hear petrolhead parents rejoicing in the distance.