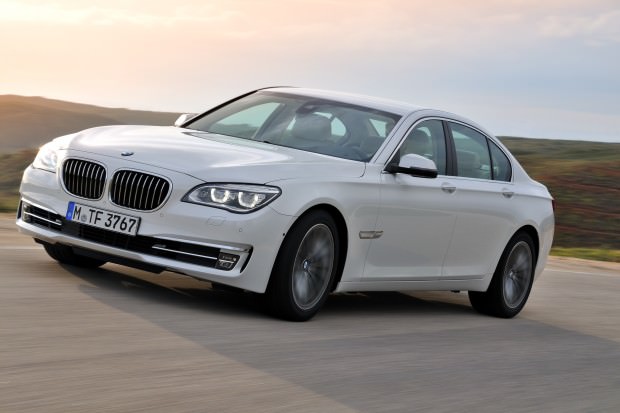 The new BMW 7 Series will officially go on sale here in Ireland on 22 September. What may look initially like just a facelift, there has in fact been quite a few changes and additions made to BMW’s flagship model. For the first time ever on the 7 Series the choice of hybrid power is now an option. Mated with the latest 3.0 litre six cylinder engine, BMW’s ActiveHybrid technology operates via a synchronous electric motor to allow the car to switch in a seamless manor from being purely electrically powered to conventional power. The benefits of this mean increased fuel economy and lower emissions. Other engines available include two 3.0 litre straight six diesel options, while petrol engines come in turbo charged 3.0 six cylinder, 4.4 litre V8 and 6.0 litre V12 options.

The exterior of the new 7 Series sees minor changes all around with revised kidney grille design up front and the option of Adaptive LED headlights. New turn signals have been incorporated into the door mirrors while the overall sleekness of the car has been increased by lowering the car by 8mm.

Inside the new 7 is a blend of luxury and technology. The driver can now choose as an option to replace the traditional dash clocks with a nicely integrated 10.25 inch screen which can then be changed according to what driving mode is currently selected on the vehicle. Increased soundproofing has also been added while in the rear the option of fully adjustable reclining Comfort seats for the occupants is available. A huge array of media choices can be made too from a 1,200 watt Bang & Olufsen audio system to 9.2 inch colour screens for the rear passengers.

*All prices are subject to confirmation.