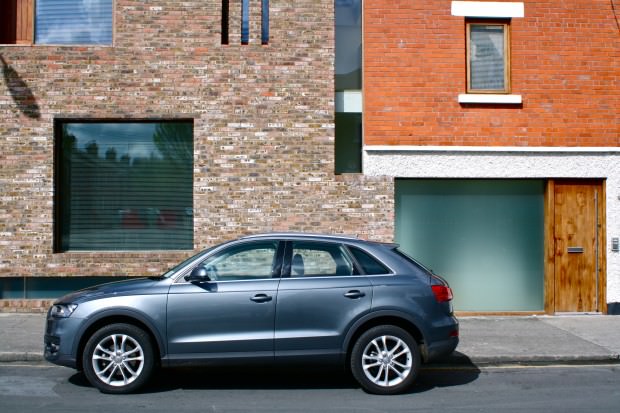 When I first picked up the Audi Q3 I didn’t quite know what to make of it. To look at, it has a dollop of mini SUV, a layer family car with a sprinkling of, dare I say, city car about it. Marketers would place it in the seemingly expanding A SUV segment. Audi prefer to call it a compact performance SUV. Its styling might be considered as ‘a grower’ but look at it from any angle and its immediately clear that this is an Audi.

Its relatively short, yet practical length of just 4,385mm leaves it just marginally longer than a Golf Plus but slightly shorter than one of its main rivals – the BMW X1. My test car is the 2.0 TDI engine similar to what appeared in the A4 Avant & A5 Sportback I recently tested. In this case it is mated onto Audi’s S-Tronic automatic gearbox which powers all four wheels. The 177bhp engine also stirs up an impressive 380Nm of torque thus enabling the Q3 to hit 60 in 8.2 seconds although in reality it actually feels a little quicker than that. 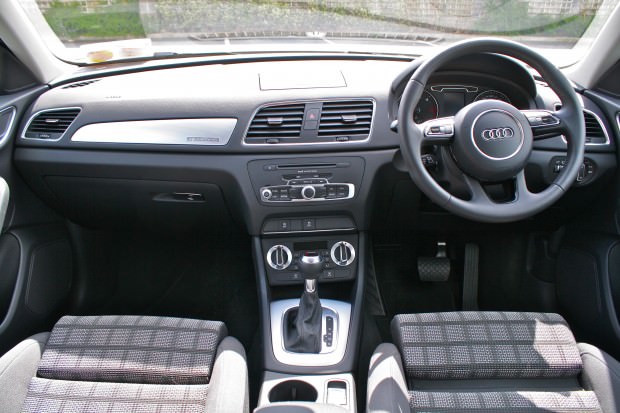 Once inside you find it is spacious and surprisingly quiet. As well as having the latest interior architecture, those boffins in Audi have made this feel like a rather refined car. I say car because thats how it behaves. Yes, you do get to enjoy a hight driving position and it doesn’t lurch around from side to side when cornering. It feels taut. My only real gripe is that the windscreen aperture is a little small.

The Q3 itself is loaded with features, many of which come as standard. So for starters your €34,380 will get you Air-con, iPod connectivity, engine start-stop system, parking sensors and praise the Lord – Bluetooth! It still astounds me how many manufacturers still charge extra for adding something as simple as Bluetooth. Thank you Audi! In addition to these there are also some nice little features such as an electronic handbrake, a pop up screen which can as display sat nav and for all you grown-ups that have children you’ll be pleased to know that it has two ISOFIX seats in the rear as does the front passenger seat. Cleverly you can also control the child locks on the rear door from the drivers seat meaning that there’s no getting out and fiddling with a key into the passenger doors.

One other system thats on this Q3 is Audi’s Side Assist. What this does is monitor the rear sides of each car and gives you a gentle warning of any car driving in your blind spot by way of illuminating amber LED’s on the side of your mirrors. I did quite a bit of motorway driving during my week with the Q3 and honestly found it a more practical system than you would first think. Not only does it alert you to prevent you from accidentally moving lanes but also alerts you to any cars over or undertaking at speed – you know the ones that appear out of nowhere. 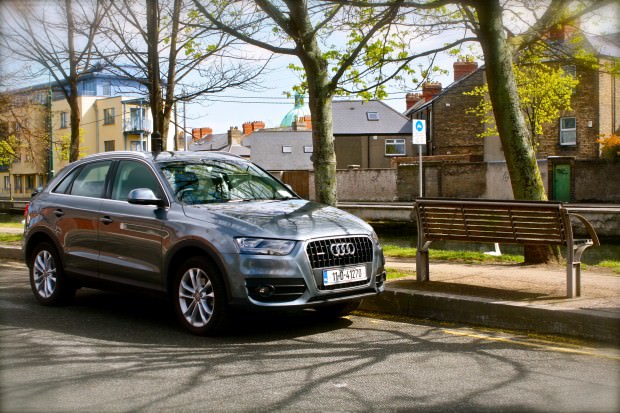 Pottering about town in the Q3 is all too easy, especially with that smooth seven speed S-Tronic gearbox while on a motorway journey the well insulated cabin makes the Q3 as quiet as it is smooth. In many ways the Q3 is quite practical too – the wide boot access and ease of folding down the split rear seats mean that you can cram a fair bit inside too. To me though, the Q3 comes across much more as a car than an SUV and I don’t say that in a negative way either. Audi have packaged something here that doesn’t feel like a pointless exercise, its actually a very well rounded bit of kit that in seven days really changed my opinion on them.

Got a question? You can tweet Dave – instant hookups app