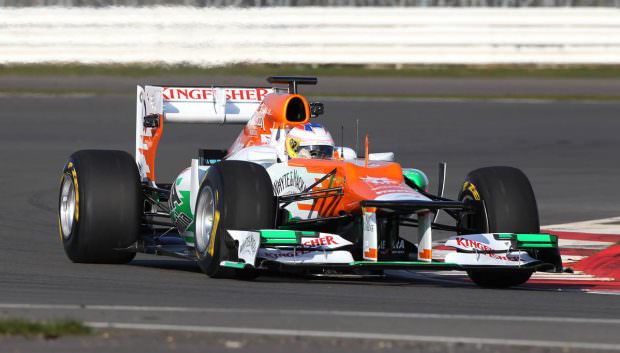 Much has been said about Formula One over the last seven days. Many have questioned whether or not F1 should be in Bahrain this week given the current political situation there at present. Since Nico Rosberg’s maiden win in China last week, thousands of opinions have been expressed on the situation, sadly very few of those opinions have come directly from anyone in F1. Bernie Ecclestone has been very keen to publicly assure the world that F1 being in Bahrain is the right thing to do. He has assured the world that F1 will be safe in Bahrain.

That was until some members of the Sahara Force India Team were caught up in what has, so far, been an isolated incident. This led to some team members choosing to travel home and take no further part in the weekend, a choice I’m sure was fully supported by their colleagues. Their teams choice to then not participate in the second Free Practice session on Friday, opting instead to get prep for qualifying done early to enable them to travel back to their hotel in daylight hours, doesn’t now appear to have the support of Formula One. So keen were FOM (Formula One Management) to demonstrate that everything was ok, Bernie Ecclestone himself publicly offered to stay until late and travel back in the same car as the team mechanics.

This didn’t happen and today in Qualifying you would be forgiven for thinking that the Sahara Force India Team didn’t show up. FOM did an excellent job of almost completely preventing any television footage of the Force India cars being shown, despite Paul DiResta doing an excellent job of finally qualifying in tenth position. Commentators were initially slow to discuss it but eventually commented on it as the volume of tweets mentioning it increased. FOM were quick to dismiss that they had acted intentially to keep the team off screens – hardly I surprise there. Earlier this evening I contacted Whyte & Mackay – one of Force India’s main sponsors to ask how they felt about not being shown on screen during qualifying to which their spokesperson said: “We have no control over the broadcasters, and they make their own editorial decisions. But it seems strange that the success of a Scottish, or UK driver, is ignored”.

It remains to be seen how the team will be shown during the race, but I would assume that their sponsors will hope that FOM give them a little more coverage that they received today.