It’s not very often than one gets to visit Australia, after all it is a very very long way away from my native Dublin. For this very reason, when you travel to lands this far away it’s very important to maximize your trip and ensure that you don’t miss anything. This is why, three months ago I found myself on the website of one Philip Island Grand Prix Circuit.

Lets face it, it would have been rude not to have tried to visit the place when I was so nearby in Melbourne (90 mins away by car, with no traffic, on a Sunday). Philip Island is one of those tracks that many bike fans, especially Moto GP fans, hold in high regard. Part of this I’m sure is simply to do with the fact that it’s in Australia. Another reason is the blind crested pit straight where it is very easy to hit well in excess of 300 km/h, or maybe its the infamous Lukey Heights – a corner that could rival Laguna Seca’s Corkscrew. Maybe its because this particular track has seen some particularly epic battles between riders over the years. I think it’s all of these reasons.

No sooner had an email chimed into my inbox confirming that they were running a trackway on the dates I would be in town, my Visa card had been whipped out and imputed. Approximately ninety four seconds later my ‘Your payment has been accepted’ email chimed in. That’s it. I’m going to ride Phillip Island. Excited turned to cold sweat nerves which, thankfully, soon retuned to seven-year-old-on-Christmas-Eve excitement. 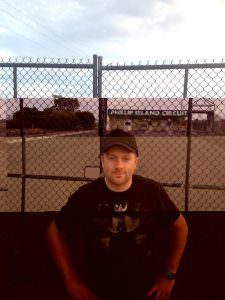 Skip forward about three months and I’m lying in a hotel bed in beautiful Philip Island desperately trying together some sleep. In five hours I’m due at the circuit to sign on. It’s been almost two years since I’ve ridden a bike in anger on track. I must be off my rocker. I’m genuinely nervous, not just at the $5,000 excess I have to agree to, but this will be the fastest tack I’ve ever been on. Eventually I nod off with about three hours until my alarm goes off.

7.50 am. No appetite. Knotted stomach. Brave face on for the other half who I’ve already promised that I won’t ‘do anything stupid’ (yes, I have a history of ending up in hospitals on foreign trips). Text message from the best friend whose wedding I’m due to be a groomsman at in four days wishing me luck. Bumping into Aprilia super bike rider Eugene Laverty the night before hadn’t help things as he gave me tips while simultaneously having his very freshly broken hand bandaged up following a 315km/h crash at the same track that day during pre-season testing. I’ll be fine I keep telling myself. 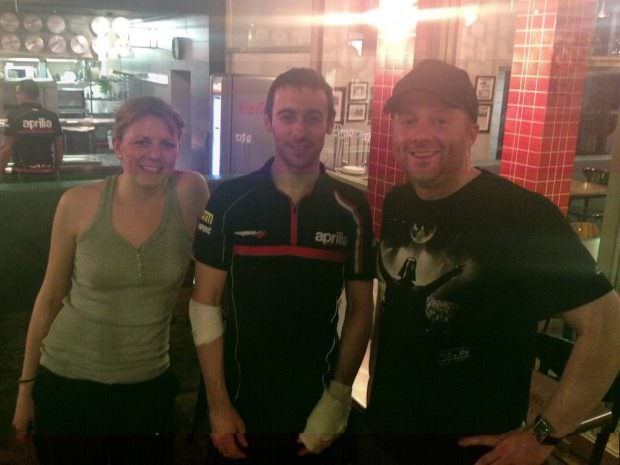 8.30 am. Trackside, pull up to the gate, and sign forms in triplicate stating that nobody is responsible for anything except me. The staff are all super friendly and very chilled out. They’ve done this probably hundreds of times now. They know how it all goes and thankfully it runs pretty much the same way I’m used to trackways being run. I collect my hired race leathers, gloves, boots and helmet. In the next garage sits my weapon of voice for the day – a 2011 Suzuki GSXR 600. Already on semi slicks and full race bodywork, it looks ace. 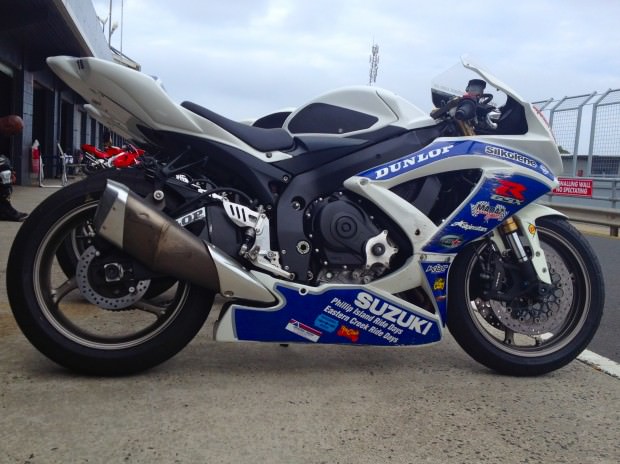 Walking across pit lane to catch a glimpse at the first (advanced) group exit the last corner and I’m immediately blown away by their speeds on the straight. These guys are not hanging around at all. I’m then given my five minute warning, time to suit up. 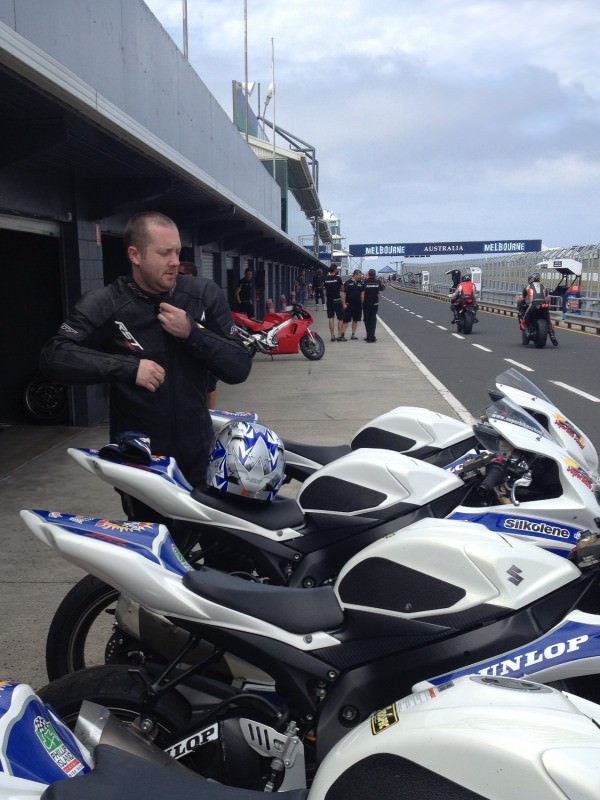 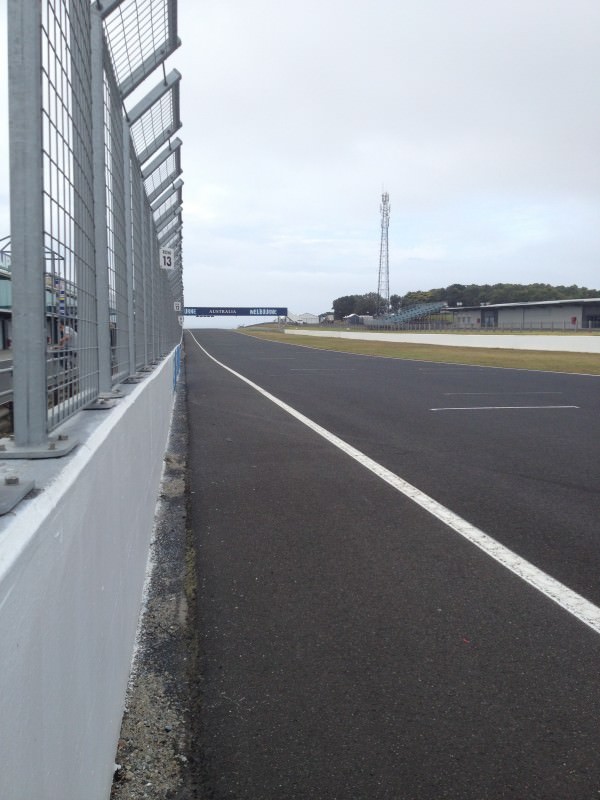 As I trundle down pit lane I get as comfy as possible on the bike. There is around 30 bikes heading out in my group by the looks of it and given the size of the track means that it shouldn’t be too crowded. We’re dispatched at 5 second intervals and as I enter onto the pit exit I’m amazed at how bumpy and narrow the pit lane exit is and also by the rather significant drop off the my left. No fences or guide rails here, it’s simply Tarmac and what looks like a ditch. Speed needs to be high exiting as you blend in mid way though turn one which is seriously quick when up to speed. It’s short enough and I’m into the technical enough town two – a double apex left handed which brings you downhill past turn three and onto a short straight before it hards onto the brakes for turn four.

Through a kink which is turn five and then it into turn six known as Siberia. Its a peach of a corner, its wide and consistent radius even on the warm-up lap has me thinking to myself I’ll have fun here today. I crack open the throttle and give it full beans, running it out to the kerb as I line up the fast flowing sections made up of turns seven, eight and nine. Its a left-right-left in which you keep building on the speed.

Turn nine leads up to the infamous Lukey Heights. Neither television nor trackside viewing fully prepares your for the elevation change here. You turn in, still in third and scrubbing off speed as the bike climbs at an angle allowing you to only see what the clouds are like. Blindly you move to the left, hit the crest and immediately begin braking. The other side gives you a feeling almost like you may fall over the bars. Downshifting and braking, hyper conscious that the rear wheel might lift under braking. Pushing hard on my grips to keep my weight back on the seat, it levels out and is then straight into turns ten to eleven. 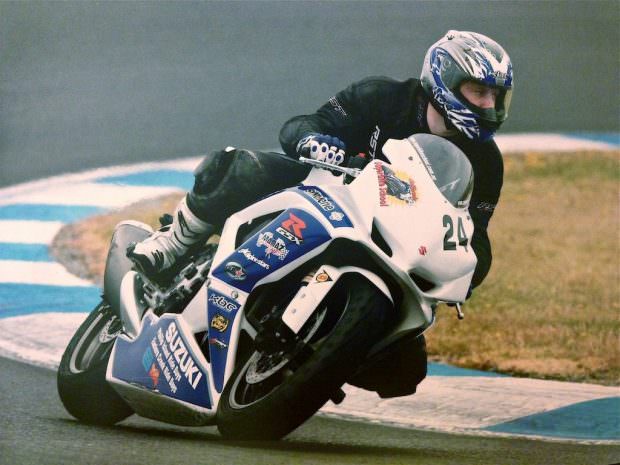 Again I’m piling on the speed, snatching another couple of gears and I finally come around  turn 12 and onto this simply epic straight. Turn in behind all my fairing and keeping it pinned, I watch the digital speedo jump in increments of twenties. Keeping my pre-session advice of “Don’t back off when you see the bridge” I’m quickly catching the rider in front. I begin to reach his slipstream and he’s suddenly coming towards me at a serious rate. I move just enough to clear him, hit the crest of the Gardner Straight and see Turn one present itself to me.

At this point I’m at well over 200kph and trying to pick my line. When you’re traveling at this kind of speeds its not just a simple as sit up on the bike and brake. I focus in on the turn in point, commit to it, roll off and then gently squeeze the front and rear brakes just a tad. Move across the track and drop a gear before pulling it back to the right to line up the Turn 2. That was quick in my books and its just my warm up lap. The remainder of the twenty minute session allowed me to really get into the flow on this track.

The bike itself was more than up to the job for me. If I’m honest, I don’t think I would have felt as comfortable or as confident on a GSXR-1000. The track is so open and fast, the 600 was certainly fast enough for me, especially considering my absence from track time. Despite not feeling massively torquey the 600 really did shoot out of every corner although on a few occasions I felt the fueling wasn’t as smooth as it could have been.

Over the course of seven sessions throughout the day I was able to improve my speed and times quite a bit as I learned the track and received on-going advice and tips from the circuit’s staff. Come 3pm and I’m now thoroughly worn out and decide to call it a day despite having another two sessions left. Best to finish up now rather than risk a silly mistake due to tiredness, but I’m not leaving disappointed. That imaginary passport of racetracks in my head has received another stamp. Now onto the next one…

To see more photos from the day, visit out Facebook Page here