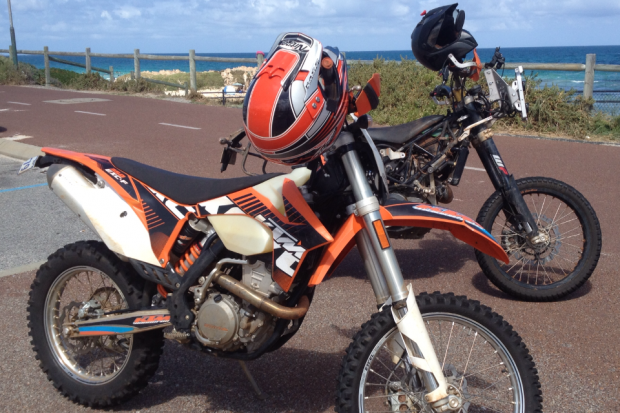 After a string of long haul flights starting in Dublin and taking in Frankfurt & Singapore I have made it to Perth – the first stop on my lap of Australia. Staying with some old friends here in Perth, and as soon as I was over my jet lag (which thankfully was minimal due to some smart in flight naps) Simon and I headed out on his KTM’s for a ride along the Perth coast. 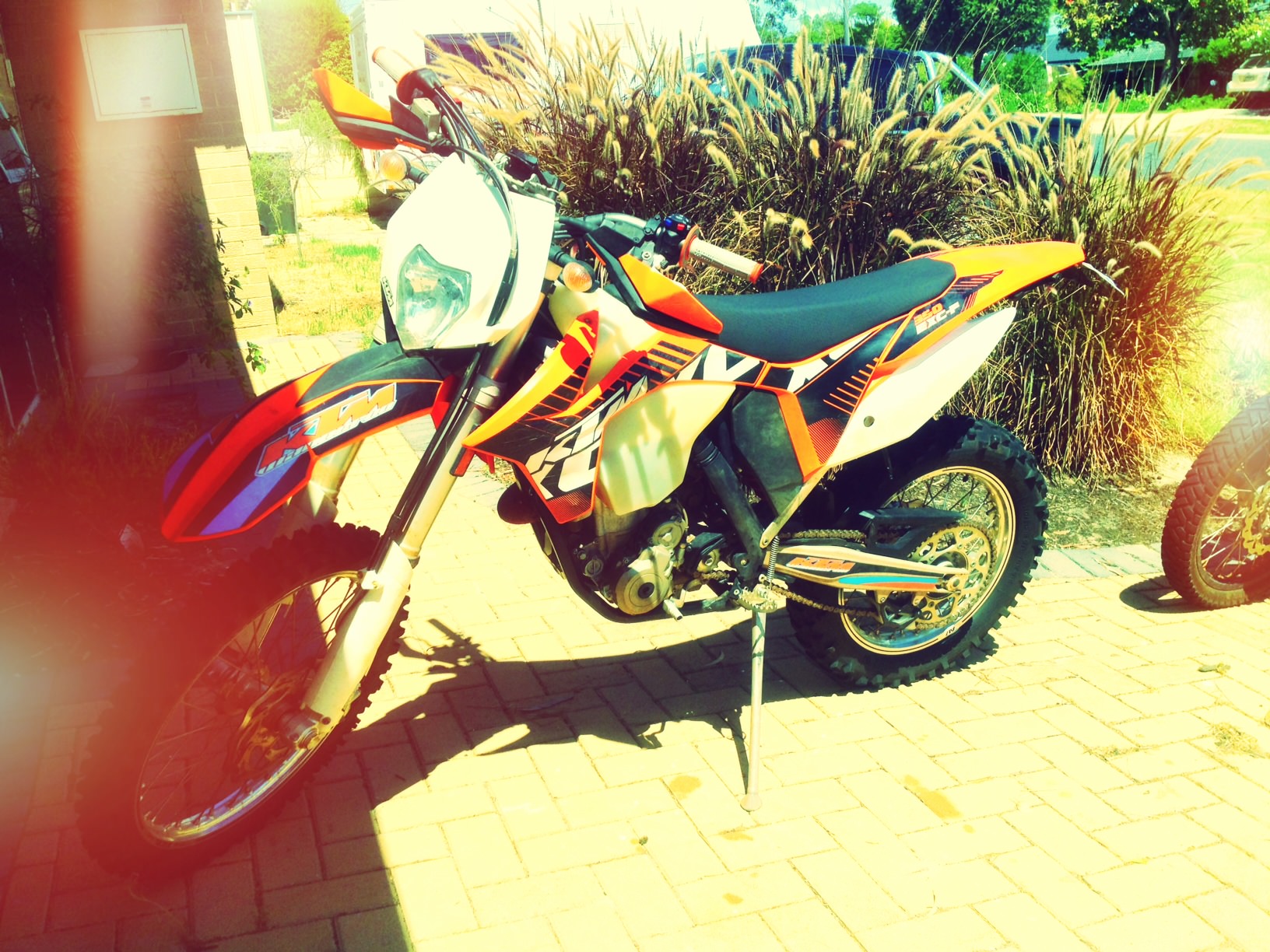 Having left Dublin a few days earlier where it was cold, dull and damp, it was extra nice to be jumping onto a KTM 350 EXC-F in a t-shirt & shorts at 9am. The KTM feels every bit a small and narrow as my old BMW G450X did, except with a much nicer level of power. It had been left in standard trim and even on the tarmac felt great to ride. With a set of supermoto wheels I’d say it would feel epic! 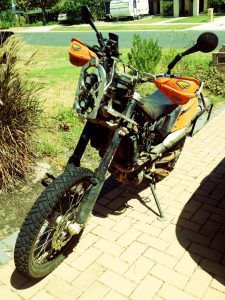 The short enough ride from the suburb of Padbury brought us down to the coastline where the Indian Ocean is as blue as blue can be. I then swapped bikes onto Simon’s heavily modified 690 Enduro. This beast is mainly used for six & seven day long trips into the Outback. The list of mods include high intensity LED headlights, two additional fuel tanks which very neatly fit in under the side fairings, WP suspension upgrades and a set of very rugged aluminum panniers to carry all the necessary kit for a tip of that nature. Caked in red dust from its last trip and with close to 18,000 kms on it already, its seen action but still feels like new. There’s plenty of torque on hand and power feels more than adequate – although it is worth mentioning that the bike as I rode it was without additional fuel tanks and panniers. I already missing not having an enduro bike again!