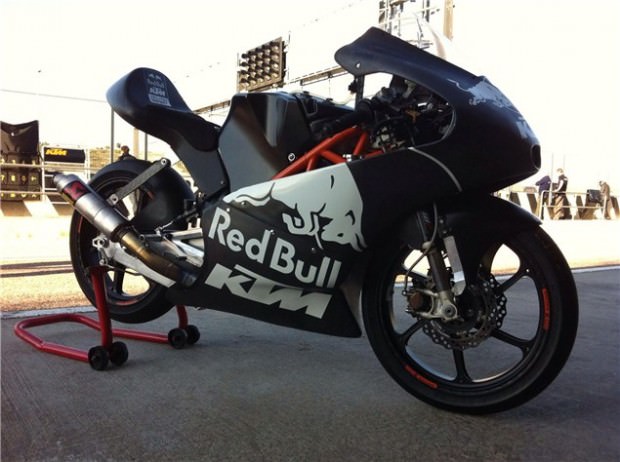 The first photos have come out of KTM’s new Moto 3 machine, which will essentially replace the 250cc class. Weight is key in this class, and it has been rumoured that the 250cc single cylinder engine weighs just 23kg! The whole bike has been developed in-house at KTM, but due to new regulations, the engine will be available to other teams at a cost of €12,000. It is believed that at least one other team have chosen to run KTM’s new engine.