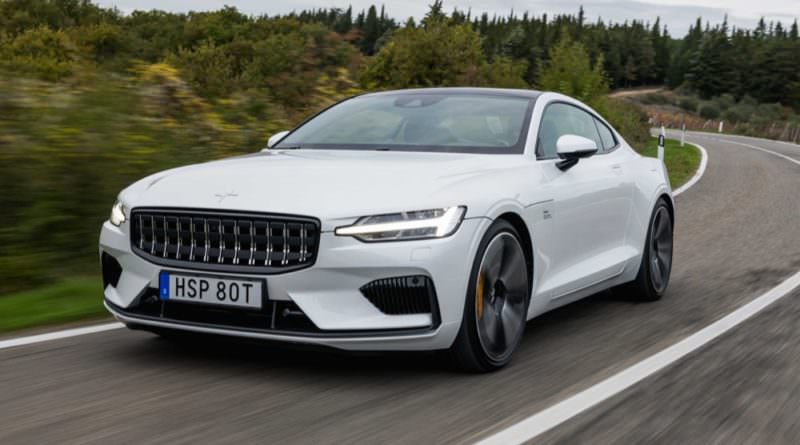 If your very USP, that of being a PHEV, sacrifices boot space, then do what Polestar has done and make a bold feature out of the capacity-thieving battery pack.

There are many, many wonderful things about the Polestar 1, quite beyond the fact it has to be one of the best-looking cars that has seen the light of day in the 21st century. In and amongst all the arguments about it being an expensive car that has obvious Volvo heritage, both inside and out, and the fact it ‘only’ has a 2.0-litre, four-cylinder engine, it cannot be denied that it handles brilliantly, it goes like holy stink and it has an indisputable USP in the upmarket, prestige grand tourer class – in that it is a plug-in hybrid electric vehicle (PHEV) with a 125km zero-emissions cruising range.

The Polestar 1 is just the beginning

This is wonderful and it leads the way for Polestar to begin its pure-electric-vehicle assault on the premium marketplace with the 2020-inbound Polestar 2 and all models beyond; in essence, the Polestar 1 is an outlier in its (yet-to-arrive) family already, because it is the only Polestar which will have any form of combustion engine mounted onboard. But it also leads to a problem, especially one for a plush GT like this: PHEV sacrifices practicality.

While the Polestar 1 looks like (and is) a big coupe, the cabin is most definitely a 2+2 seating configuration, and not a true four-chair machine, and yet the major problem comes at the back of the vehicle. If you’re expecting the Polestar 1 to have a Bentley Continental GT-rivalling cargo bay, you need to think again. To power its three electric motors, arrayed as two 85kW units with their own planetary gear-sets on the back axle and then a 52kW Crank-Integrated Starter Generator (C-ISG) – all of which chuck another 300hp and 641Nm at the Polestar’s outrageous 609hp/1,000Nm drivetrain – then the 34kWh lithium-ion battery pack has been split into two. Part of it lives longitudinally under the transmission tunnel. The other half squats, hulkingly, in the boot, and reduces the useable area to a measly 143 litres; which drops to 126 litres, if you’ve got the charging cable storage bag stashed in there.

Harrumph, you might say. But what’s this? What has Polestar cooked up in here to (sort of) make this luggage-room robbery palatable? Why, it has turned the battery pack into some kind of pseudo-feature wall in the boot. Swedish Gold, the highlight colour for the whole Polestar 1 and a hue you can espy on the whopping six-piston Akebono front brake callipers, the tyre valves poking out of the glorious 21-inch alloys and the seatbelts within a very Volvo-esque cabin, is used in the boot for the battery pack’s vital terminals. Arrayed behind a clear glass screen, like some fabulous electrical work of art on display in the Louvre, each one is labelled up in neat, white writing from left to right: with mystical names (if you don’t know your electric car battery tech and terminology) such as Signal Connector, DC Charge, AC Charge, ERAD L, MSD, CIDD, Battery 3 and ERAD R. There’s even a little legend which reads ‘Polestar 1, 3 x 96, P34 Cells LGC’, talking about the battery pack’s essential spec. And a ‘+/-’ graded scale running along the bottom of this window onto PHEV life.

Admittedly, this won’t please everyone – and certainly not those with conspicuously large suitcases, who are presumably going to have to shove said items on the Polestar 1’s vestigial rear seats in the event they actually go grand touring from time to time (and they need not to be carrying any small passengers in the back, either, in order to satisfy this particular scenario). But as a way of deflecting attention from what the necessities of being a PHEV has taken away from the Polestar 1, it’s a pretty clever, natty touch. And, if the initial response on social media was anything to go by, something the public absolutely love. Most people were asking if the battery window was going to make the production models of the 1. It will.

So, there you are. Polestar, named after Polaris, the brightest star in the Ursa Minor constellation and the one in the ‘Plough’ which points the way to the north, is here showing other manufacturers the way to get around any practicality issues that might arise from a new way of trying to go about things. The answer, it would seem, is simply to put something that looks like it might have come from one of the more arcane games of the Crystal Maze in the boot and be done with. And we say: bravo, Polestar! Never have we been so interested in the depths of a car’s boot as we were with the majestic 1 GT coupe.

Read a first drive of the 2020 Polestar 1 on CompleteCar.ie