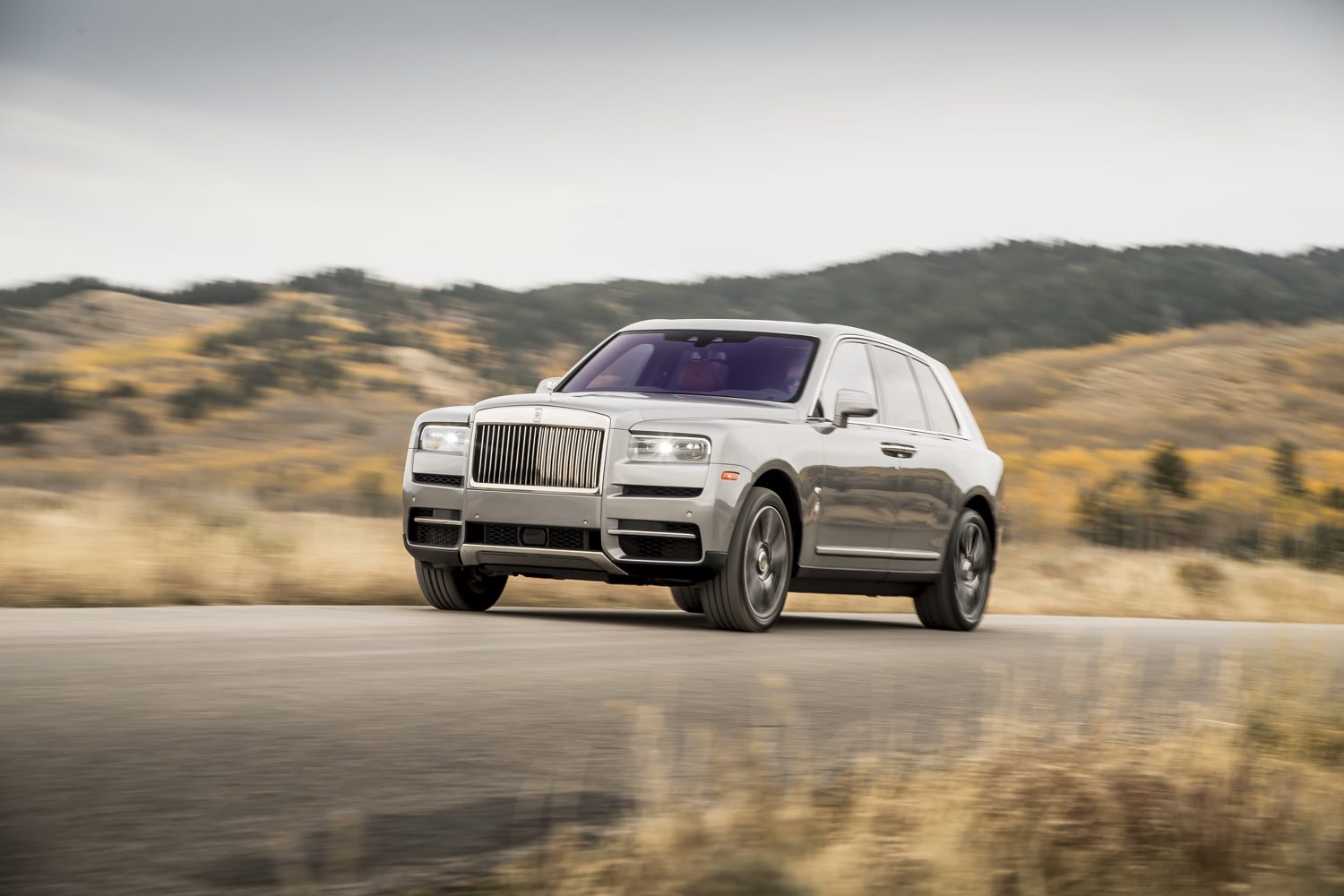 Can the Rolls-Royce Cullinan really cut it in the scenery? Time to find out, as we go up an 8,000ft mountain in the luxury SUV…

To suggest that Rolls-Royces – in the past – have never been off-road, or in difficult circumstances, would not be telling the whole truth. For instance, there was the Rolls-Royce Armoured Car, used in various conflicts, but most notably World War I. And, in the same era, a certain Colonel Thomas Edward Lawrence used a fleet of nine of these battle-ready Silver Ghosts – his personal one called Blue Mist – to great effect on the Arabian Peninsula; to the extent that he once famously said ‘a Rolls in the desert is above rubies’. Crikey, there was even a mad Frenchman who, in 1981, had a bet with his mates that he could compete in the Paris-Dakar Rally in a Rolls. Cue one special-built machine, using a Corniche shell, that could cope with the exacting rigours of such an endurance race.

So Rolls has past form when it comes to leaving the safe confines of the tarmac. But never has it officially built a four-wheel-drive machine, one with the express purpose of being ‘Effortless Everywhere’. Until the Cullinan SUV, that is. But seriously, do the very upper classes really go off-road? Will they ever genuinely be plugging mud in their €600,000 Roller? Well, Rolls was prepared to let us find out, as it laid on a tough route up the side of 7,808ft-tall Snow King Mountain, a skiing hotspot on the edge of Jackson Hole, in Wyoming.

Now, to be fair, neither Rolls nor anyone of sound mind is expecting the Cullinan to be able to take on the toughest of off-roading, in the manner of a Land Rover Defender, Toyota Land Cruiser or Mercedes G-Wagen. It doesn’t have locking centre diffs. The company doesn’t even quote anything as grotesque as ground clearance, nor approach, breakover and departure angles for its hunk of luxury machinery.

Instead, it equips the Cullinan with a bespoke-developed version of xDrive (mentioning this BMW tech by name will make the Rolls engineers wince, but we can’t ignore the obvious – it’s xDrive, when all’s said and done) that has a rear-bias but which can send up to 50 per cent of torque forwards if needed, as well as twin-axle air-suspension, four-wheel steering for maximum agility, an ‘Off-Road’ button to get the car up on its tippy-toes while simultaneously slackening off the throttle response and gearbox… oh, and Hill Descent Control (HDC), of course.

The thing is, all of this technology works tremendously well. On summer-spec tyres, not all-terrain rubber, the Cullinan seemed tremendously sure-footed on gravel, as well as compacted snow and ice (which was present in some of the shaded, afforested areas of the Wyoming uplands). And it felt manoeuvrable and controllable in a way a massively expensive, rather large (it’s 2.7 tonnes without anyone on board, and we were four-up as we ascended Snow King, meaning we were beyond the 3,000kg mark…) machine really shouldn’t.

This was particularly reassuring at one stage, as a super-tight, 180-degree switchback up the mountain necessitated a three-point turn. And that meant, midway through the manoeuvre, backing the Rolls up towards an unguarded edge of the gravel road that led onto a very steep, very long ski slope (which didn’t have any snow on it due to the weather, but still…).

A mistake here would have seen a great deal of leather, wood and money careening down a mountain in an uncontrollable and most likely lethal fashion, which is presumably why both the Rolls-Royce driving instructor in the front seat and a fellow motoring hack sitting in the rear were both extremely nervous as the edge of the road inched closer and closer in the Rolls’ rear-view camera projection on the dashboard…

Electronics and a V12 motor

Luckily, we avoided plunging down the side of Snow King to a fiery doom, mainly because the Cullinan is so damned capable. It later crept up and down 1-in-4 ascents and descents on gravel, the former made easy by the goliath 850Nm the Roller possesses from its V12 motor, the latter all controlled by nothing more than HDC.

Entrusting such value and your own safety to an electronic system that’s seen on everything from a Suzuki Jimny upwards seemed totally bizarre – as did, for that matter, glimpsing the Spirit of Ecstasy out of the corner of your eye as you were carefully manoeuvring around in the wilderness – but the Cullinan passed every test thrown at it with flying colours.

Which must be nice to know for the well-heeled owners that are going to buy these things. Truth be told, the most pressing activities the Cullinan will ever have to face will probably involve getting the last mile off a tarmac road to a ski lodge in the Alps, or down a well-trodden gravel track to a salmon-fishing river in the Scottish Highlands, or across some wet grass in a field where some kind of country set activity is taking place.

Although, having said all that, the popularity of Very Expensive Things, SUVs and off-roading in one particular part of the world where money is plentiful means that some examples of the Cullinan will have to be taking on the sand dunes of the Middle East. Thankfully, Rolls has tested its newcomer there too, where it has proven itself well capable of ploughing through the shifting sands. Maybe, then, Lawrence of Arabia was right – this Rolls, in particular, is definitely above rubies in the desert. And it might well be above the likes of the Bentley Bentayga and Lamborghini Urus, too…