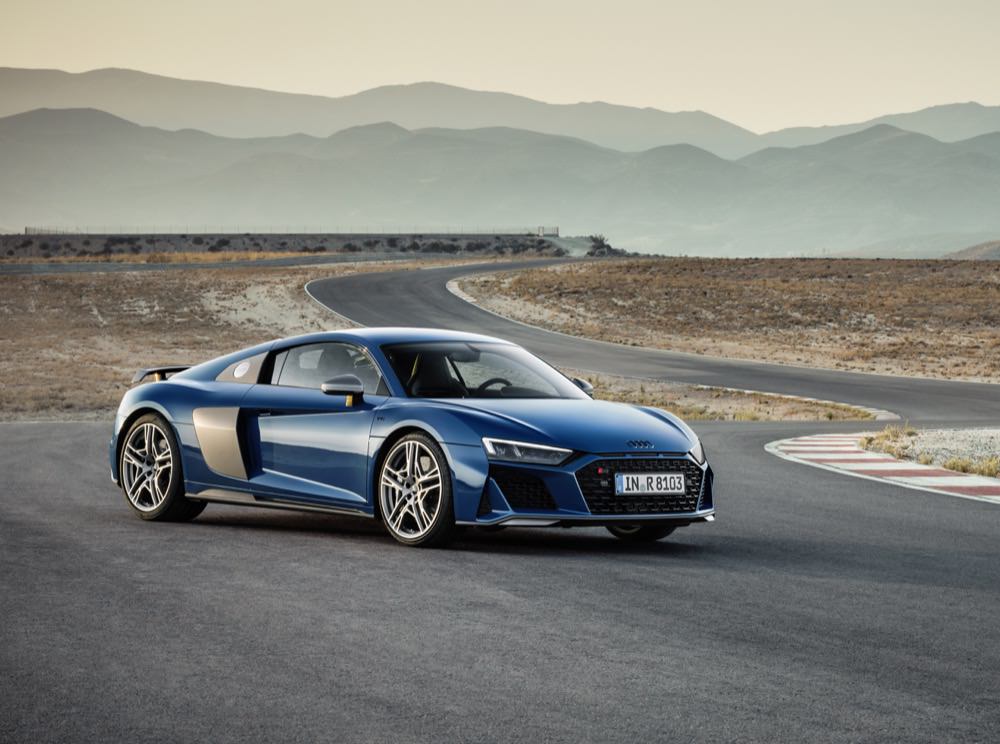 The Audi R8 comes in for a midlife facelift bringing sharper looks and higher levels of performance.

Having earned the reputation as the everyday supercar, the Audi R8 comes in for a mid-cycle product update that introduces sportier styling and new colours. In addition to that, the R8 also receives a boost in performance making it even faster than before. Audi is also changing the name of the more powerful version of the R8 from the V10 plus to V10 performance. 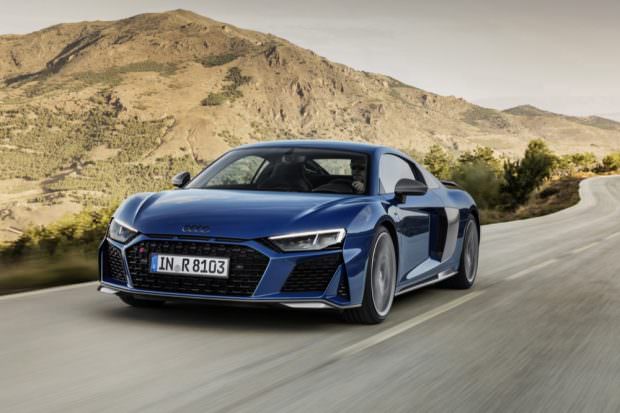 Most of the cosmetic changes to the R8 come at either end. Up front, there is a new look to the brand’s signature singleframe grille. Giving the nose a more focused appearance are three slots below the bonnet line, but these are purely for looks rather than functioning as ventilation. 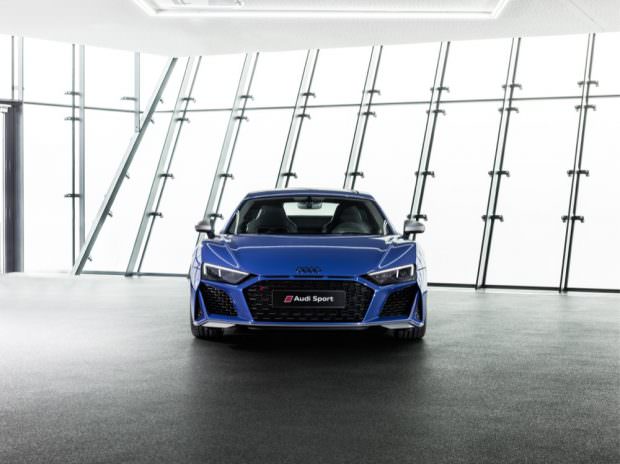 Updates to the headlights see black inserts and the introduction of new ‘eyelids’. These decrease the space between the light units and the grille. Buyers will still be able to specify the advanced laser headlights as an option. 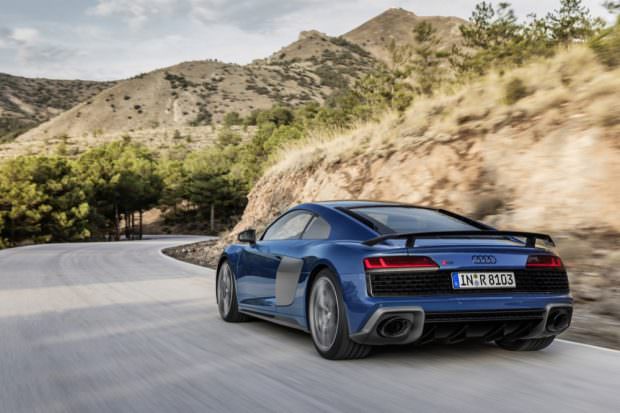 Fans of the first generation R8 will be pleased to see the return of large oval exhausts at the rear of the car. These feature a big quality black finish. On standard models the surround comes with a choice of gloss black or carbon fibre surround. The V10 performance models get a unique titanium finish to the exhaust surround. A new three-dimensional rear ventilation panel now runs across the full width of the car.

Despite tightening emissions regulations, the naturally aspirated 5.2-litre V10 lives on for another few years. Audi engineers have added particulate filters to the exhaust system to keep it in check with the latest regulations. However, they do admit that this is likely to be the last time this engine will appear without the need for electrification. As before, all new versions of the Audi R8 will come with the company’s quattro all-wheel drive transmission and automatic gearboxes. 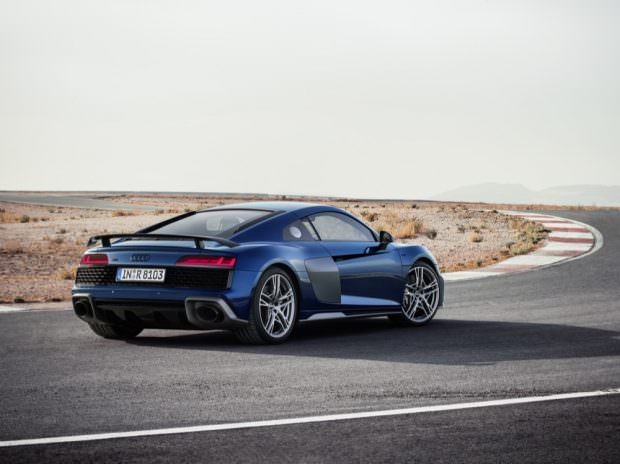 Those seeking even more speed will welcome the updates to the higher power version. Horsepower increases by 10hp to 620hp, while torque output is now 580Nm. The V10 performance also receives new engine internals including titanium valves.

Audi is introducing two new colours with the R8. Ascari Blue is the colour seen here in the coupe, while the addition of Kemora grey can be seen on the R8 Spyder. As a further option, buyers will be able to specify the Audi rings and badges in a high gloss back finish. 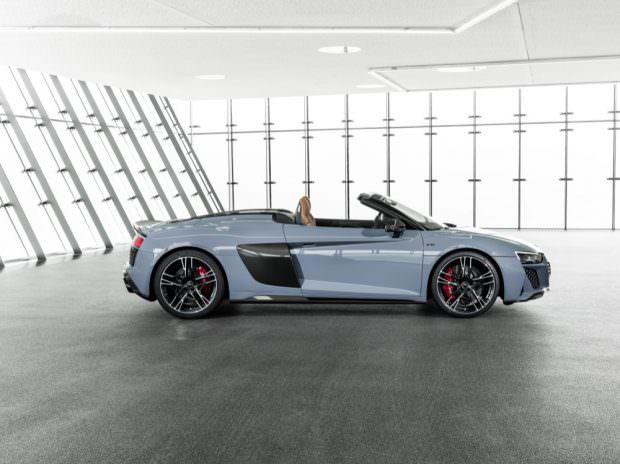 It isn’t just the power output that is changed with the R8, engineers have also tuned the suspension and steering. Audi claims that the result is more accurate with both the optional dynamic steering and electromechanical power steering. The transitions between the different drive modes is also enhanced. 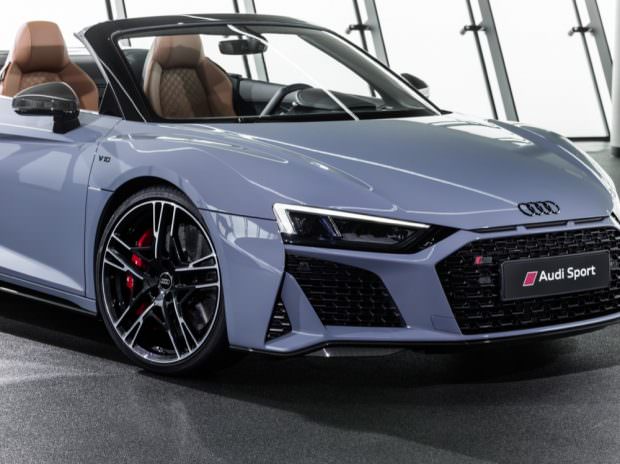 The Audi R8 retains the same interior with the focus on the driver. The fully digital Virtual Cockpit display is configurable to suit the driver’s preference and the sports seats come in a range of different finishes. 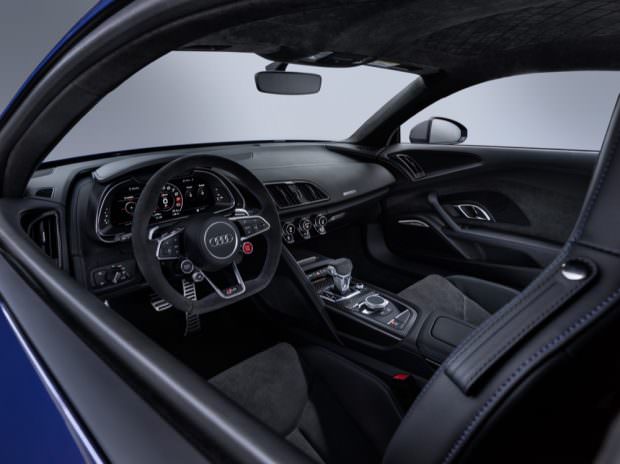