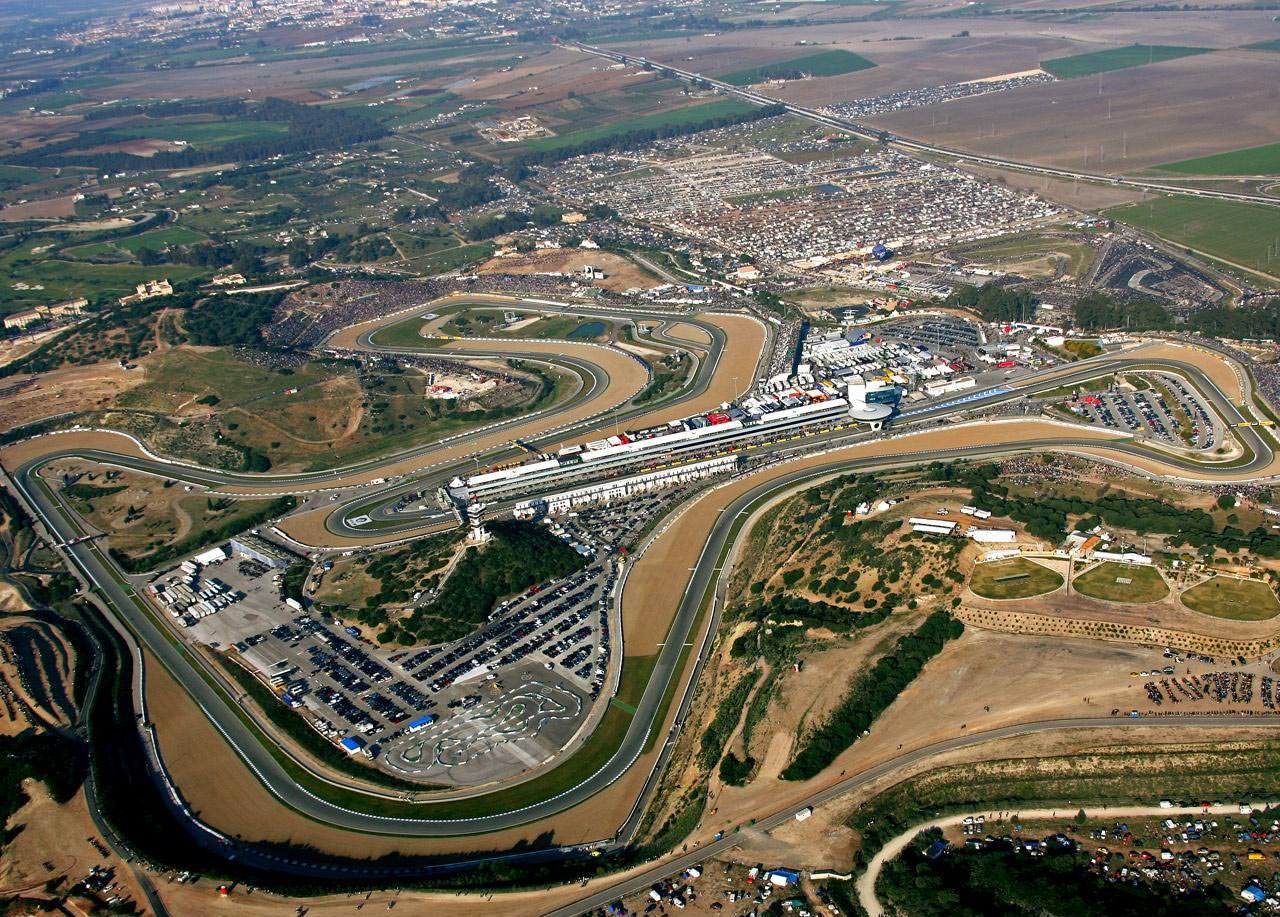 Ok MotoGP fans, I think I have finally finished digesting my last treble McCoronary burger from our trip to the United States of Yee-Haw. It was fun, but it’s back to Europe now which, let’s be honest, means Spain. Holding more rounds of the championship than the amount of pints I can drink during a night out (I’m Irish, so that’s a lot) Spain has a stranglehold on MotoGP, both in terms of race tracks and riders. As we arrived in Jerez, this status quo was maintained.

In the hard to follow, but grudgingly, far more entertaining new qualifying format, it was Jorge Lorenzo from Team Yamaha on the front, unsurprisingly shadowed by the rest of the Spanish fast men* of Dani Pedrosa and Marc Marquez on the Repsol Hondas (* Dirty drafting Hector Barbera does not fall into this category). All throughout the session though, the riders from all teams struggled with the tyres. It turned out that Bridgestone had mistakenly replaced the Hard compound with the less grippy, but possibly more tasty, peanut butter goodness compound. With the riders having less grip than an upturned sandwich things were gonna be hairy.

I like hairy and I like hairy things, like Ewoks for example, which are the small but devilish little creatures from Star Wars, always into trouble and mischief. Marc Marquez is the Ewok of MotoGP. His riding style is so hairy that bald men have been known to hang around corner apexes in order to regrow their lost follicles. In the opening stages of the race, Marquez first went to bat against Valentino Rossi of Team Yamaha. Rossi was the first to make the manoeuvre, looking far more composed in the early laps to sweep by Marquez. But Marquez chased him down and was able to re-take the position in fine, if ever so slightly wobbly, fashion and set of after for Lorenzo, who had been mugged by Dani Pedrosa on lap 6.

As Marquez caught up to Lorenzo, he began to clamber all over the back of the Yamaha. Such was his urgency to get past, he twice made a botched attempted to overtake the reigning world champ. By botched, I mean on the anchors so hard that both the front and rear wheels were scribbling individual sentences on the track as the scrambled for grip. Millimetres were all that separated the Honda from cannonballing the back of Lorenzo, so Marquez backed off, and we thought that was that.

Up front Dani Pedrosa was having a masterclass in his usual boring way of leading from the front to take the chequered flag. Behind, Rossi had struggled to stay with the Spanish trio, but had done enough for 4th ahead of Cal Crutchlow on the Tech 3 Yamaha, who in turn had fended off the spectacular but ultimately slow Alvaro Bautista on the Gresini Honda for 5th and 6th.

The laps ticked away and as we approached the final corner of what was looking like a dreary finale, sh*t got real. Lorenzo lazily swung into the newly named Lorenzo corner. Maybe he was basking in the glow of his own corner, or just his own ego, because he missed the vital important manoeuvre previously demonstrated by Doohan-Criville and Rossi-Gibernau, and left the door a little open…

Marquez was all over it. In a move that would make any Gran Turismo player proud, Marquez barrelled into the corner with waaaaaay too much speed and simply used the bike and body of Lorenzo and his Yamaha to bump him back in the right direction. Block passing 101. Lorenzo was bounced upright but easily held onto his bike and his indignation with lots of finger waving and head shaking as Marquez powered by to snatch 2nd place. Needless to say parc ferme and the podium was frostier than Red Bull F1’s team building days.

At the CRT end, Aleix Espargaro was again fantastic on the Aspar Aprillia, narrowly losing 8th to Andrea Dovizioso on the simply ghastly Ducati, but successfully hold off the very likeable but unfortunately, very slow Bradley Smith on the Tech 3 Yamaha. Aleix, who looks comically big on the strangely minute Aspar, must surely be wondering what he could do on that black Yamaha.

Next up is Le Mans in France. A wonderful circuit who’s double apex right hander at the end has seen plant of last corner antics. I can’t wait. Viva le Marquez!