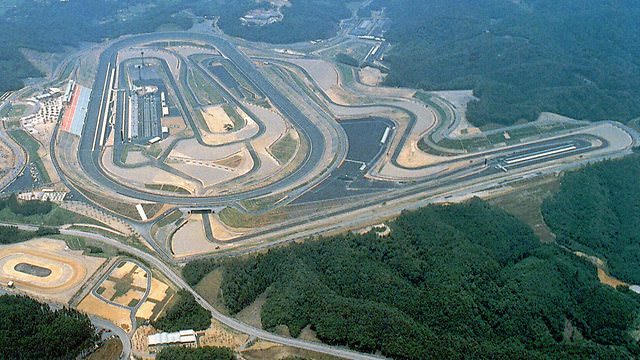 After a not so exciting affair at Aragon I was hoping that coming to the land of the rising sun would be a chance for the rising of a few more top step challengers as we jetted our way across the first of the fly away races at Motegi. Now, I just want to say I love Japan. Never actually been there, and I’m acutely aware of their less the exemplary carry on during the ‘40s, however, all the Japanese I’ve met are slightly mad and always good fun, like alternate versions of Daijiro Kato (RIP).

Qualifying for Motegi is a simple combination of CTRL+C, followed by CTRL+V from any of the previous races with the ever entertaining Cal Crutchlow managing to grab 3rd on the Tech 3 Monster Yamaha. Practice pace from C2 looked something akin to a child struggling with a tricylce but he turned on the speed to challenge the ever present top steppers of Dani Pedrosa on the Repsol Honda in 2nd and pole sitter Jorge Lorenzo on the Team Yamaha. It was fantastic to see Casey Stoner back on his Repsol Honda but lack of bike time meant no real push for the front row. For Ducati the lack of a functioning motorcycle meant no push for even the second row. Rossi described his 9th position as “not the greatest”, that’s kind of like smashing your iPhone and describing it as a minor inconvenience.

Sunday came around, the lights went out, and our MotoGP heroes thundered into turn 1. Best starter was Ben Spies on the Team Yamaha bike grabbing third position and was flying like he had no brakes. Which at the end of the straight turned out to be exactly the case as the Texan speared off the track with no stopping power and hit the barrier. Thankfully, he was uninjured. Ben once again proved that a Twinkie at fat camp has better luck than him.

With Spies out, it was the unlikely duo of C2  and Alvaro Bautista on the Gresini Honda to create the fireworks. Gresini have confirmed that Bautista will remain on for one more season and armed with this news (and reportedly some shining new Showa forks) Bautista was on a mission. He first dispatched Stoner who had decent race pace but clearly no fitness as he faded toward the end of the race. Bautista then started a fantastic battle with Cructhlow thanks to a daring move down the inside causing Cal to sit up like someone had nicked his pint. The Tech 3 rider fought back and briefly re-passed the Spaniard as the duel eeked its way toward the last lap. Unfortunately the Yamaha was eeking out the last of its fuel and as Crutchlow readied for the final assault the Yamaha coughed, spluttered and ground to a halt, gifting a podium to the Gresini team. 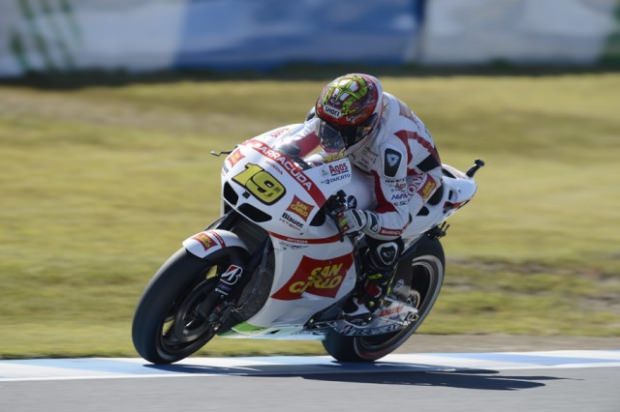 Up at the front there was no amount of Saki and Red Bull I could take to watch another tedious race. Lorenzo led for a good bit, Dani then caught and passed him with clearly superior top speed and then controlled the gap to take the win. I’m just thankful that it was shown at mid-day here in Australia otherwise I wouldn’t have been able to stay awake! It was an almost carbon copy of the Aragon race, which did not please me one bit.

At the CRT end of the field Aleix Espargaro on the Aspar ART took the top CRT honours. But more frightening was the warm accident of a 50to70.com favourite Randy DePuniet, who watched in pain as the Aprillia went a bit “Colin Edwards Cube Era” and erupted in flames. Hopefully Randy will be back in time for the Malaysian round next week.

Rider of the race goes to Katsuyuki Nakasuga (try saying quickly three times). The Japanese (and therefore instant fan favourite) test rider for Yamaha got everyone’s dream call up to ride as a wild card in his home race. Finished 9th, beating 2 other factory bikes on a given Sunday is not bad for a part timer. Not mighty ducks stuff, but not shabby either. Nicely done Nakasuga-san. 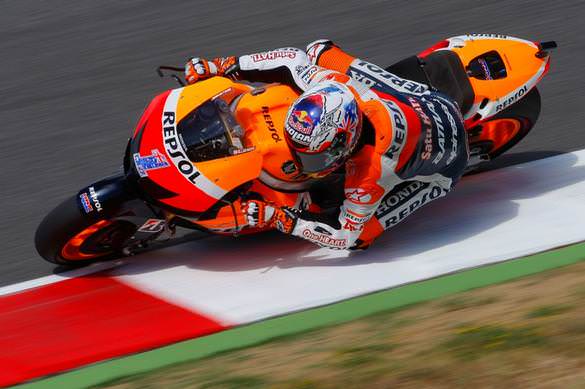 Struggled with unruly Honda at the start in the way a rabbit might struggle with a particularly difficult shrub. Got it sorted in the end and convincingly won, again. There aren’t many races left but Dani is definitely giving it a good squeeze for the title.

Now I don’t claim to be a technical guru of motorcycles nor have I the experience of running MotoGP team. But even I know that you should put enough fuel in the bike and ooh I don’t know, maybe make sure the brakes work? Sharpen up Yamaha!

Next up is Sepang, and a return to the final place the wonderful SuperSic raced. It’ll be emotional,  I’ll see you there.

when do i start dating again