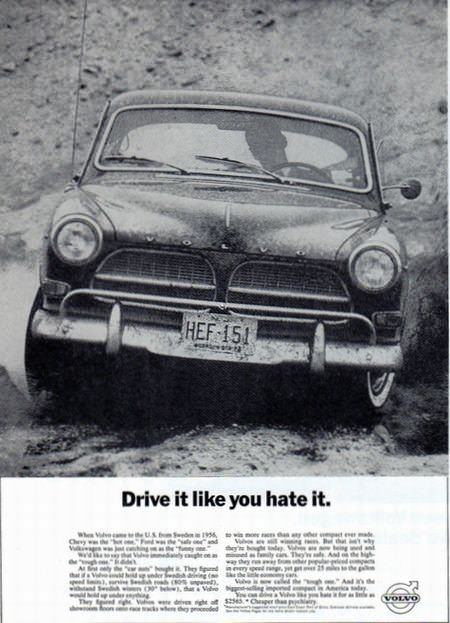 “Drive it like you hate it” was a superb tagline used by Volvo ad campaign in the US during the sixties. It was hugely imaginative for its day and is still considered an iconic advertising campaign in the automotive world. In 2011, Google developed an advertising experiment and teamed up with Amil Gargano – the creator of that iconic ad campaign – to create a new campaign for Volvo. Here’s a short seven minute film on how they did it.

Thanks to Gene Murphy for getting this to us.