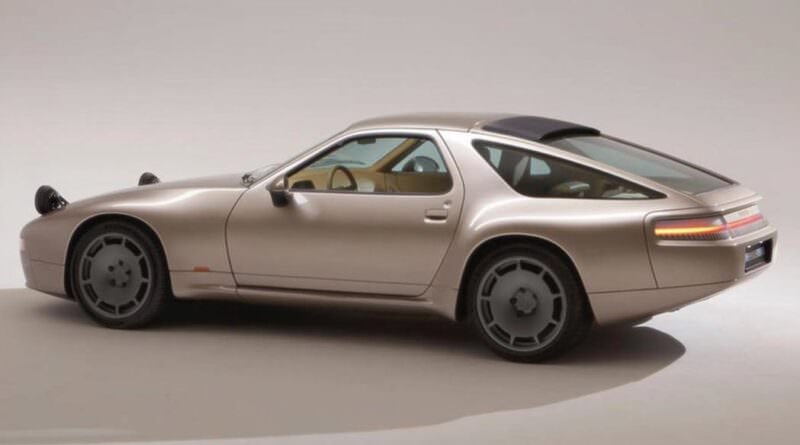 French start-up Nardone has unveiled a new Porsche restomod — but it’s not a 911.

French company Nardone Automotive has revealed a new Porsche-based restomod, but unlike seemingly every other restomod since Singer took to the floor, this one isn’t based on a 911.

Instead, Nardone’s creation is built around the 928, Porsche’s 1978 GT car, which won European Car of the Year and with its front-mounted, water-cooled V8 engine was the company’s attempt to replace the 911. Critically acclaimed though the 928 was, it never really achieved the popularity it perhaps deserved, selling little more than 60,000 units during its 17-year lifespan. With front-engined Porsches long being seen as the poor relation next to their air-cooled rear-engined counterparts, they’ve seen something of a reappraisal in recent years. Nardone’s take on the 928 is a slick modernisation with carbon fibre bodywork, an up-to-date interior and a V8 engine developing a shade over 400hp.

The bodywork isn’t an exact likeness of Tony Lapine and Wolfgang Möbius’ original styling for 928 with a lower nose, more pronounced rear haunches and a new light bar across the rear end. All the lights are bespoke units, though the swivelling pop-up headlights are close to the originals giving the 928 its characteristic frog-eyed appearance at night. The 18-inch wheels are bespoke too and, shod in Michelin Pilot Sport 5 tyres, are a tribute to the original 16-inch “manhole” units.

Inside, despite the retro touches and colourways using Alcantara and tan Foglizzo leather, it’s an entirely modern affair with Porsche’s latest infotainment system, Apple CarPlay and a quality hi-fi.

The Nardone 928 retains the naturally-aspirated V8 engine tuned to develop 405hp. Now governed by modern electronic control units, the engine is mated to a modified version of an original manual gearbox, with six ratios instead of five. Other mechanical additions include a limited-slip differential, active-controlled electronic suspension, redesigned front and rear axles, increased braking power and adaptive electric power steering for a more modern driving experience.

Created with help from Studio BorromeodeSilva, the design team behind the sublime Amos Delta Futurista Lancia Delta restomod, following its debut in Milan, the 928 will make an appearance at the Goodwood Festival of Speed in the UK later in June. This car is Nardone’s first project and has been driven, the company says, by founder Thierry Nardone’s passion for transaxle Porsches, “which he is serenely obsessed with.”

“The elegance and the class of the 928 are the reasons why I’ve been obsessed with this car since an early age,” said Nardone. “Ignored by many, once you drive it, you never go back. This combined with my passion for the restomod movement gave me the idea to create a perfect little sister for all the beautiful 911 restos out there.”

“Now that we’re out in the open, I can’t wait for the next chapter: getting the car on the road and gathering together all the transaxle enthusiasts like us.”

Nardone hasn’t mentioned pricing or production numbers yet (very high and very low, respectively, we’d expect) but has said that the first deliveries will be made in 2024.